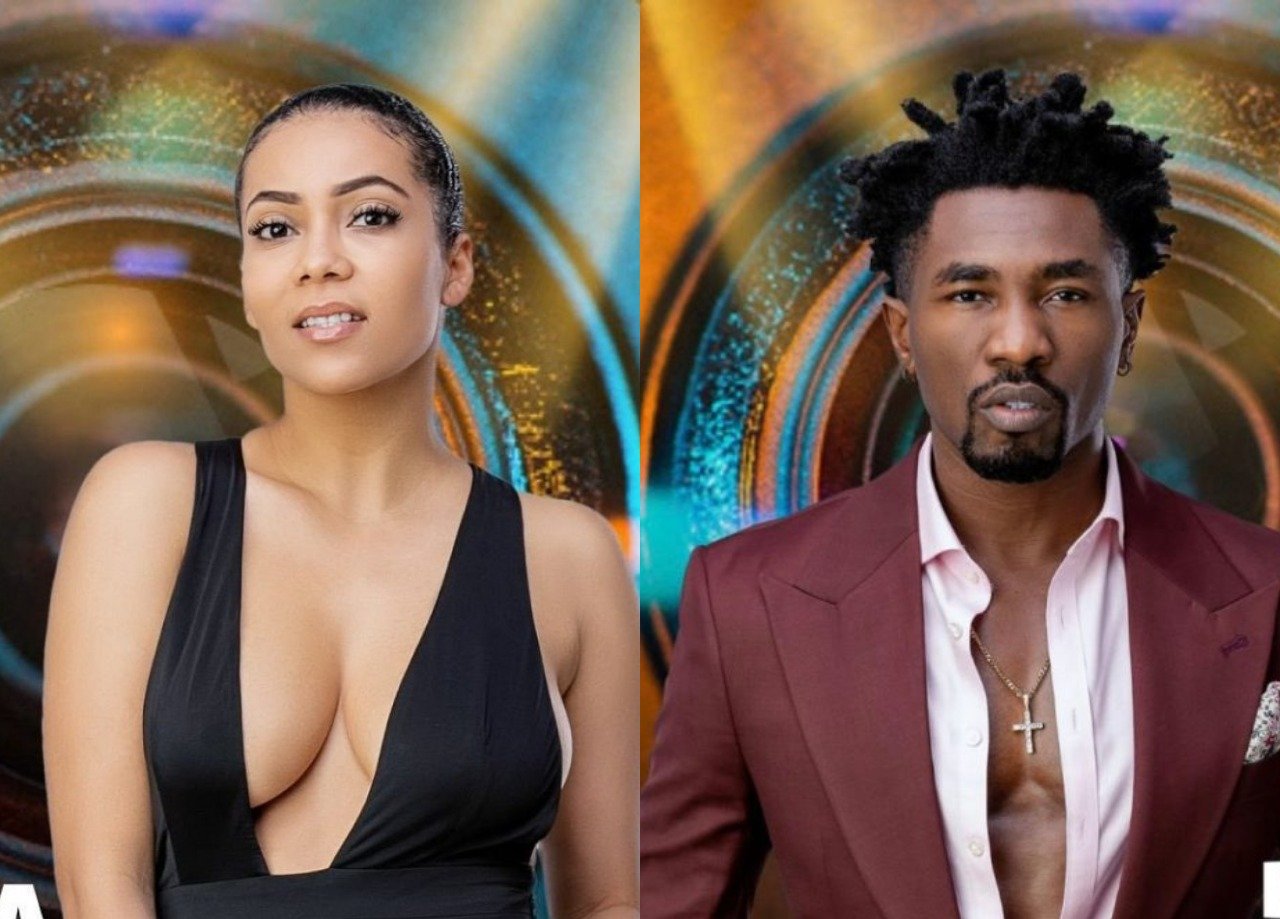 Maria, a housemate on Big Brother Naija, kissed another housemate, Boma, on Wednesday.

Maria kissed Boma in front of the rest of the housemates, who were getting ready for a task.

While the other housemates were speaking, Boma sat in a chair with a staff in his hand.

Maria approached Boma and kissed him while he was seated.

Jackie B, on the other hand, hauled her away while the others screamed and laughed.

Meanwhile, Maria made a promise a few days ago not to have sex on the reality show.

During a talk with other inmates White money and Niyi, the Dubai-based former air hostess mentioned this.