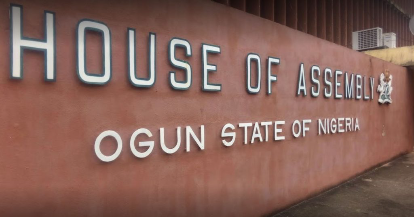 Ogun State is expected to join other states in attempting to collect Value Added Tax (VAT) within its borders.

The lawmakers unanimously agreed that the bill is necessary to restore Ogun’s rightful place as a viable federating unit, especially one that generates worthy financial returns in the country, as it passed first and second readings in the Assembly on Tuesday.

The session was presided over by Olakunle Oluomo, Speaker of the Ogun State House of Assembly, who requested the Committee on Finance and Appropriation to take further legislative action on the bill.

On Thursday, September 16, at 10:00 a.m., he announced that the Assembly would hold a public hearing on the bill.

Speaking further on the bill titled, “H.B No. 73/OG/2021- A Bill for a law to impose and charge Value Added Tax on certain Goods and services, provide for the administration of the Tax and for related purposes”, Oluomo said it is part of the fulfilment for true federalism.

He went on to say that Ogun State’s revenue generation must be matched by a monthly remittance of allocation from the Federation account.

According to reports, MPs endorsed the bill in their submissions and called for its quick passage.

Yusuf Sheriff, the Majority Leader, moved for a second reading of the measure, which was seconded by Ganiyu Oyedeji and supported by the Whole House on a voice vote.