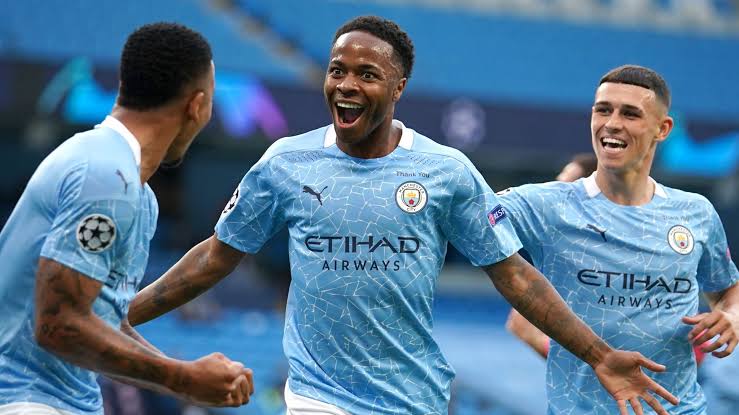 It was a feat being achieved for the first time under manager Pep Guardiola.

Foden was on target in the 75th minute after Riyad Mahrez’ penalty kick had cancelled out Borussia Dortmund’s first-half lead through Jude Bellingham.

They now face last year’s finalists Paris Saint-Germain (PSG) in the last four which they only reached once previously in 2016.

They have gone out in the last 16 and three quarter-finals under the reign of Guardiola who lifted the trophy with FC Barcelona in 2009 and 2011.

Now, one of them is assured of a place in the May 29 final in Istanbul.

“This club and this team deserve it. We are grateful for being in a great competition and reaching the semi-finals for the first time with this team.

Record 13-time winners Real Madrid are also in the semi-finals as a 0-0 draw at Anfield on the day completed a 3-1 aggregate win over 2019 champions Liverpool.

Their opponents in the last four scheduled for April 27/28 and May 5/6 are Chelsea who eliminated FC Porto on Tuesday.

England teenager Bellingham scored his first Bundesliga goal on the weekend, and followed up against Manchester City when he fired into the top right corner for a Borussia Dortmund dream start.

Manchester City stepped up the pace and went in search of a goal needed to avoid elimination, with Kevin de Bruyne denied by the crossbar and Mahrez’ shot blocked by Bellingham.

They were level in the 54th minute from Mahrez’ penalty kick into the right corner.

It was awarded and then confirmed by the video assistant referee after Germany defender Emre Can headed a cross onto his own outstretched arm.

Borussia Dortmund’s fate was sealed in the 75th minute when Foden surprised goalkeeper Marwin Hitz with a shot into the near right corner off a corner-kick.

“After conceding the first goal, we were able to get hold of possession and create chances.

“Our target was to score the first goal of the second half and get the game back into our hands. That’s exactly what we did,” Guendogan said.

At Anfield, Liverpool had to apologise for a window of Real Madrid’s team bus being smashed by fans on their arrival before starting strongly into their comeback attempt.

Mohamed Salah aimed right at goalkeeper Thibault Courtois from 10 metres two minutes into the game, and the Belgian made another big save against James Milner’s curling effort.

Real Madrid almost wrapped up the tie when Karim Benzema’s effort was deflected against the goalpost.

Georginio Wijnaldum aimed high for the Reds who eventually failed to create a similar comeback as two years ago when they ousted FC Barcelona 4-0 after losing 3-0 in Spain.

Like Borussia Dortmund, they are now in danger of missing out on UEFA Champions League football next season owing to their league placing.

“The performance, intensity and desire were good, but we could not take the chances we had and that was the difference,” Milner said.(dpa/NAN)