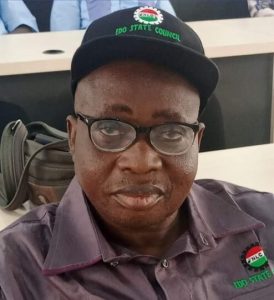 He reportedly died in the early hours of Sunday.

The State Secretary of NLC, Comrade Barry Imade, who confirmed the death of Osayande to PM News, however did not give details on the cause of his death.

“Yes, he died last night. The doctor will tell you the cause of his death,” Imade said.

It was however gathered that the late NLC Chairman had been down with an undisclosed ailment for some time.

His death is coming ahead of the planned February 1, 2022, workers rally against the proposed increase in the pump price of petroleum products by the federal government of President Muhammadu Buhari.

Police Confirm Killing Of Four Miners By Gunmen In Plateau