A Federal High Court in Lagos on Monday heard that two former employees of First Marina Trust Limited cloned emails of several customers and defrauded them to the tune of over N1.3 billion.

Anthony Onyeoghane, a witness for the Economic and Financial Crimes Commission, gave this evidence.

He spoke at the resumed trial of two staff of First Marina Trust Limited: Adeyemi Oluwaseun and Suleiman Yusuf, who have now been sacked.

The EFCC charged them on four counts bordering on conspiracy to commit identity theft, impersonation and cybercrime.

They were first arraigned in June 2018 before Justice Chuka Obiozor.

They pleaded not guilty to the charge.

The court granted them bail.

However, Obiozor was transferred from the Lagos Division of the Federal High Court and the case was re-assigned to Justice Tijani Ringim.

Following the re-assignment of the case, the defendants were on May 12, 2022 re-arraigned before Ringim.

They, again, pleaded not guilty to the charge and Ringim allowed them to continue on their earlier bail.

Onyeoghane told the court that he worked as a Chief Risk Officer at First Marina Trust Limited, a financial institution regulated by the Central Bank of Nigeria.

He identified the defendants as his former colleagues who served as Marketing Operator and Relationship Manager respectively.

The witness told the court that he had chaired a committee set up to investigate a case of internal fraud within the company and allegedly orchestrated by the defendants from May 3, 2016.

He told the court that both defendants connived to create email addresses of customers in a bid to defraud them.

According to Onyeoghane, the defendants conspired to change the email address of a customer, Chinedu Ohamuo, whose email address is: chimexohanuo@yahoo.com.

The witness said that the defendants changed same as chimexohamuo1@yahoo.com.

He said that following a change of the email, the second defendant, acting as a customer of the company, wrote an email to himself in his official email address, instructing N15 million should be liquidated from the customer’s investment account.

He said that the second defendant also instructed that the funds should be transferred to one Olufemi Ajala, his childhood friend.

The witness said that the second defendant printed out the email address as required by company’s policy, wrote on it: “Email received,” dated and signed it.

Onyeoghane added: “He then took the said email to the first defendant who, upon verification, uploaded the request to the electronic payment system known as GAPS.

“The sum of N15 million was, therefore, transferred from the unsuspecting customer’s account to Olufemi Ajala.

“They used the same tactics in 19 other transactions.

“The defendants transferred from unsuspecting customers’ investment accounts the sum of over N1.3 billion.”

The witness testified that the only difference between the 19 other transactions and the one to Ajala was that Ajala was removed from the “equation” and replaced with a Bureau De Change.

Onyeoghane said: “On May 16, 2016, a customer known as White App Resources Limited also saw his investment account defrauded by the defendants to the tune of N186.2 million, using computer system.

“On May 17, 2016, the same cyber fraud was committed by the defendants on the same customer, and the sum of N237.2 million was stolen.

Onyeoghane told the court that the first defendant confessed to the investigative committee that he provided the accounts of the Bureau De Change into which the monies were transferred.

According to the witness, while on the run on September 19, 2016, the second defendant sent an email to the Managing Director of the company, confessing to the crime and promising to use his “last blood” in making sure that he refunded the money.

The witness told the court that the proper procedure for liquidating a company’s account was by a hand-written letter or email, requesting same.

“The said letter or email is sent to the relationship manager of that particular customer, who is to confirm the letter or email by calling the customer to verify,” he said.

According to Onyeoghane, upon verification, the officer is to write: “Email or letter confirmed,” then sign and hand it over to the treasury operation staff, who in turn verifies same before uploading it in the electronic payment system.

The case has been adjourned until February 14, 2023 for continuation of trial.

The EFCC alleged that the defendants obtained sums of money from unsuspecting customers of the company by altering their email addresses. 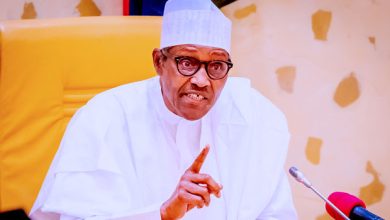 ATIKU, NOT TINUBU RESPONSIBLE FOR THE INCREASE IN LAGOS STATE IGR: SETTING THE RECORDS STRAIGHT 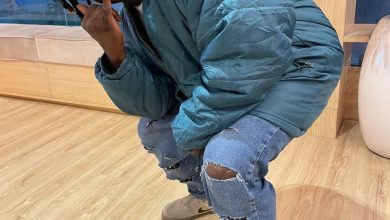 DJ Venum Set For December Back To Back Shows 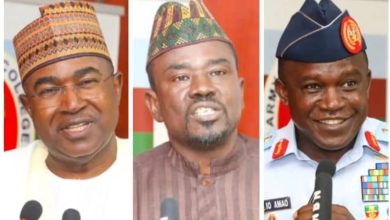