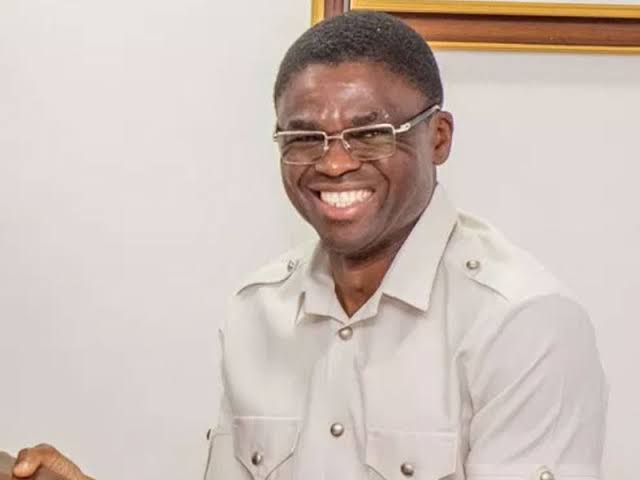 Mr. Philip Shaibu, the Deputy Governor of Edo State, would quit the People’s Democratic Party, PDP, for an unidentified political party unless there is a last-minute change.

According to Vanguard, if the body language and recent lengthy meetings held outside the country last week between the Edo Deputy Governor and other party bigwigs in the country are any indication, Shaibu may desert the PDP at any time.

During the deputy governor’s vacation before returning to Nigeria last week, a number of meetings were reportedly held outside the nation.

“Philip Shaibu is one individual I appreciate as a political tactician and Maradona in the Edo political space,” a source told Vanguard. Due to his hands-on experience as a voracious student of politics, as well as his outstanding track record and history as a courageous and dynamic lawmaker, Obaseki’s decision to leave the PDP may stymie the administration’s growth plans.”

According to the source, there are significant indicators that after leaving the PDP, the Deputy Governor will not join any other political party.

“This rumour, however, did not come as a great surprise to many, because the Deputy Governor was earlier quoted as saying he only escorted Governor Godwin Obaseki to PDP,” another source stated on condition of anonymity.

According to the source, Shaibu was without a doubt the major face of the Edo 2020 governorship election, as many still believe it was a contest between Shaibu and his political father, Comrade Adams Oshiomhole, to ensure victory for the incumbent.

While some have expressed curiosity as to why the Deputy Governor would leave the PDP after such a hard-won win, others have chastised the Governor for running a one-man show without the establishment of a cabinet.

A source, familiar with the development, told Vanguard that “The Governor’s rigid position on some critical decisions that are now causing considerable disaffection between the Deputy Governor and some of his most loyal and committed supporters, who stood firmly by him, contributed morally and with resources and even risked their lives to deliver the Obaseki/Shaibu ticket and ensure that the Deputy Governor was not disgraced and embarrassed politically in his Constituency, which he shares with Comrade Adams Oshiomhole may have also justified his reason for defection.”

Multiple sources, who confided in Vanguard, noted that should the Deputy Governor finally quit the PDP, the action “will go a long way to justify the political resistance of the former National Chairman of the All Progressives Congress, APC, against the choice of Godwin Obaseki in the September 2020 Governorship election.

Efforts to reach the Senior Special Assistant to the Deputy Governor on Media, Mr. Benjamin Atu, to clarify the rumour and the exact day of defection proved abortive, as calls out across to him were unanswered just as he did not respond to several messages sent to his known telephone number.

Prior the 2020 Governorship election, Governor Obaseki and his Deputy, Comrade Philip Shaibu had  led their supporters to the PDP.

Comrade Shaibu, who spoke to journalists after obtaining his PDP membership card at the party secretariat in Benin City, expressed disappointment over the undemocratic actions and tendencies of Comrade Adams Oshiomole in his management of the APC at the national level.

He said: “I have a mixed feeling with this action. First, one struggled to form a party and after forming that party, those that benefitted from the party took over the party and became tyrants. It is not always easy that after one helped to form and nurture a party, one individual would say he is an Adolf Hitler in the system and becomes undemocratic. That was what happened in the APC.

When contacted, the Deputy National Publicity Secretary of the PDP spokesperson, Mr. Duran Odeyemi said he was not aware of the development.

But party source told Vanguard that “it is strange that Obaseki and Shaibu are not in good terms because I know they have a cordial relationship.

“What I know is that there has been a delay in the appointment of commissioners in the state; the governor wants to bring in some APC members who helped him during the Governorship election but the PDP leadership is not disposed to this. Their argument is that you cannot use our platform without us not benefiting from you. I know that issue has been on ground for sometime now, but it will be resolved.”