The Chairman of the Labour Party in Lagos State, Mr Kayode Salako has handed over the party structure in the state to Mrs Dayo Ekong as the new chairman. 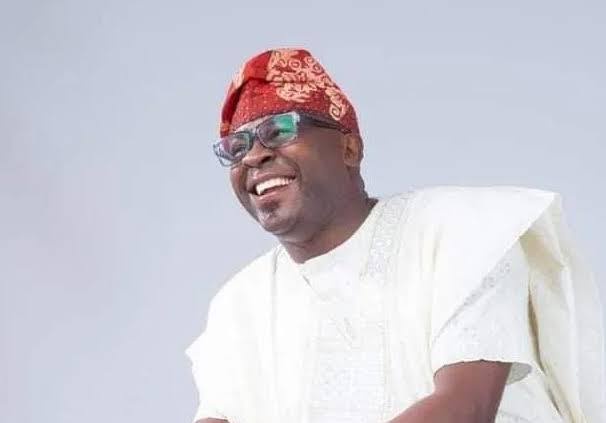 Meanwhile, The Outgoing Chairman has been elevated to the position of Special Adviser on Lagos Affairs and Liaison operations to the National Chairman of the Party, Comrade Julius Abure.

In his handover speech at the Stakeholders’ meeting on Tuesday in Lagos, Kayode said he cannot be a mole in the political party he is contesting and that the party made him not the All Progressives Congress (APC).

The Outgoing Chairman described himself as sincere and honest, adding that the party asked him not to go when he wanted.

“I can’t be a mole in a political party i am contesting. I am so grateful that Labour Party made me not APC for the many many years I was with them.

“When I wanted to go, Labour Party said I can’t go and they elevated me. I am a sincere human being. I don’t deceive and I don’t cheat.

“It is where I am going that I am going. I came to the party to look for how it can be better for me.

“I cannot continue to run the affairs of the party because I am also one of the contestants. I have to hand over. This is the structure we have built for months. The greatest asset any politician can have is the structure.” He said.

While describing the new chairman, Kayode said she gave them an office when the party had none despite incessant harassment from the opposition party.

“When we did not have an office, the woman gave us an office we have on Allen Avenue. I will continue to appreciate her every day. She gave the place to us free of charge.

“She has been receiving harassment from Lagos State officials everyday to the extent that she had to lock up her business office. She has given it to all for Labour Party.” Kayode stated.

Speaking also, The New Chairman assured party members of an all-inclusive administration, urging all members to support one another for the set goals of winning at the state level and also at the Federal level.

She, therefore, expressed optimism of victory, beseeching everyone to sheath swords and speak with one voice.

Ekong acknowledged that the position is a huge responsibility but assured discharging her duties within the laws of the constitution.

“I want to assure you that the tenure will be an inclusive one and nobody will be sidelined. Let us all sit and drop our swords.

“Let us support each other so that we can achieve the set goal and end the political slavery in lagos state.

“I know that together we will in the name of jesus. Victory is sure if we all come together in love and unity. Nobody will be left out be it the support group or TUC. To make impact, you need to be able to bring everyone together. I appeal to everyone that we work together.” She said.

We’ve Gone Through A Lot, Don’t Let Anyone Disorganise Us Again — Buhari To Nigerians

Prominent northern pastor reveals who will be Nigeria's next president

BITmarkets Expands to Nigeria
20 hours ago