Many of us would have come across claims bythe presidential candidate of the APC Bola AhmedTinubu and his spin doctors stating that Tinubu increased the Internally Generated Revenue(IGR) of Lagos State from N600 million monthly in 1999 when he became governor to N6 billion monthly by the end of his tenure in 2007. While it’s true that the IGR did increase, the IGR in 1999 was actually N1 billion a month contrary to the claims of Chief Tinubu and the increase in IGR had little to do with his efforts. Rather Lagos state being the commercial nerve center of the country was benefiting from the rapid economic growth being enjoyed under the Obasanjo/Atiku led PDP administration of the time in which Atiku was firmly in charge of the economy.

The point to note is that over 70% of IGR in Lagos state is from the proceeds of income tax of workers resident in the state and it was the increased employment rate in the state based on the economic policies of the Obasanjo/Atikuadministration that was directly responsible for the increase in IGR and not due to any particular effort of the Tinubu administration.

With the return to democracy in 1999 and the economy with a GDP growth rate of just 0.58%was left in ruins after several years of military mis-rule. Fixing the economy became a top priority of the Obasanjo administration and with Atiku in charge of the economy, the administration embarked on an elaborate economic reform program that brought about the Telecoms revolution, banking reforms, pension reforms, backward integration program, local content policy in the oil industry and numerous other policies that stimulated economic growthwhich saw our economic growth rate peaking at 15.3% in 2002. This remains the highest economic growth rate achieved in Nigeria’s history and the Atiku-led economic managementteam was able to achieve this at a time of relatively low oil prices.

With the phenomenal economic growth enjoyed under that dispensation came millions of jobs that were created across the country and Lagos being the commercial capital of the country became the chief beneficiary of the jobs created especially as all the banks, pension companies, insurance companies, oil companies, telecoms companies and manufacturing companies that increased their staff strengths as a result of the growth had their headquarters and most of their staff in Lagos.

It was this rapid growth in job creation in whichthe organized private sector in Lagos state was the main beneficiary that was directly responsible for the increase in IGR of Lagos state and it was the Atiku led economic team of the Obasanjo administration that was directly responsible forimplementing the economic policies that brought about these jobs. Lagos State just happened to be the chief beneficiary of the economic growth policies of that administration.

It is therefore laughable today that Bola Ahmed Tinubu who enjoys claiming credit for the increasing the IGR of Lagos and uses the claim as a means of propaganda to promote himself for the presidential race is using the achievements of his main rival in the race to campaign. It was theAlhaji Atiku Abubakar led economic team that was responsible for implementing the economic policies that stimulated the economic growthwhich resulted in the rapid increase in LagosState IGR.

Enough has been written about the connection between Lagos State IGR, Alpha Beta Consulting, it’s chief beneficiary, and how it is being used to fund political activities so I will spare us the details but instead of taking credit for increasing Lagos State IGR, Bola Ahmed Tinubu should be grateful to the Obasanjo/Atiku administration for the impact that their economic policies had on the IGR of Lagos State and learn from them about how to grow the economy. A policy of recruiting 50 million youths into the army and feeding them with agbado and cassava is certainly not how to go about growing the economy. 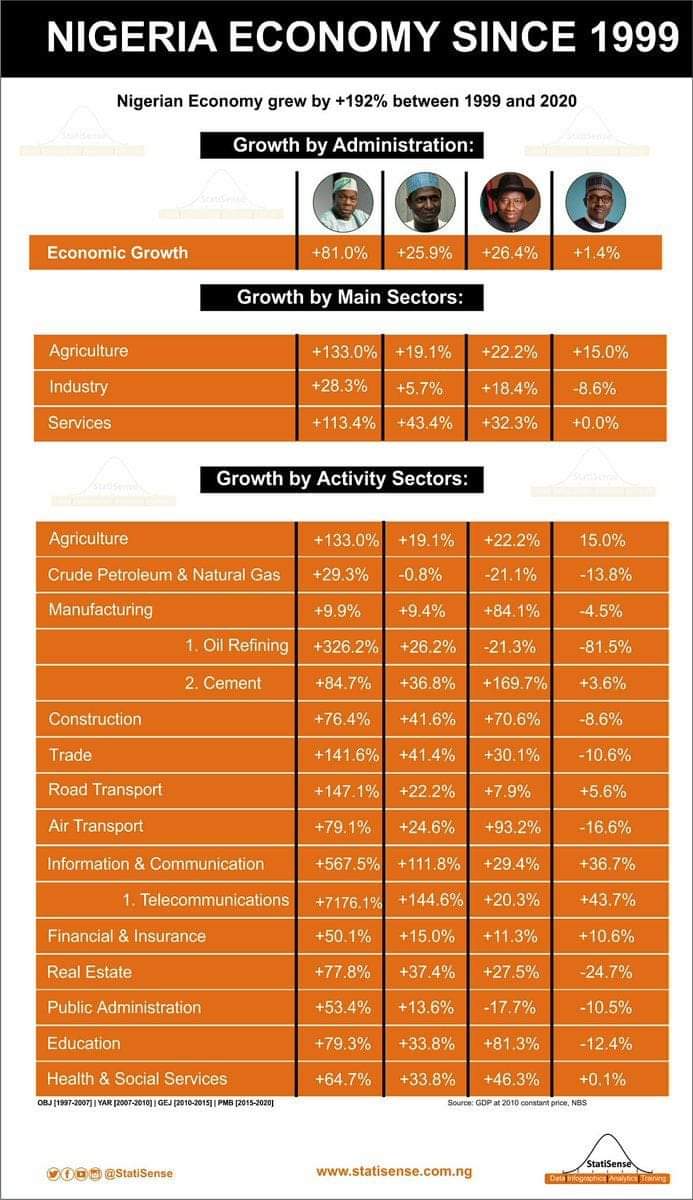 Ikpeazu Bans Use Of School Facilities, Stadium For Rallies 2 Days To Labour Party Campaign Flag Off