Former Vice President Atiku Abubakar has revealed he would run for the Nigerian presidency in 2023.

This was revealed in a leaked memo to the Peoples Democratic Party (PDP) on Friday, Atiku declared his intention to vie for the nation’s highest political office in two years’ time.

He equally denied reports that he had abandoned the party after his defeat in the 2019 presidential election, saying he had been in Dubai, United Arab Emirates (UAE), equipping himself with skills to fix the country’s challenges.

The memo read: “It is with the utmost respect that I convey to you, my deep appreciation and profound gratitude for the overwhelming support and massive electoral votes cast to support our party, the People’s Democratic Party (PDP), and my candidature for the President of the Federal Republic of Nigeria during the 2019 general elections.

“Now, we are better equipped, and all our compatriots must team up today towards a new political and economic order that should radically reinvent our beloved country.

“We are fully prepared to work in synergy to restore hope, pull Nigeria back from the brinks and relive the patriotic spirit of our founding fathers! I believe that together we would rebuild our broken fences, mend our cracked walls, restore hope, and return Nigeria to the path of greatness again. Surely, we can, and we must.” 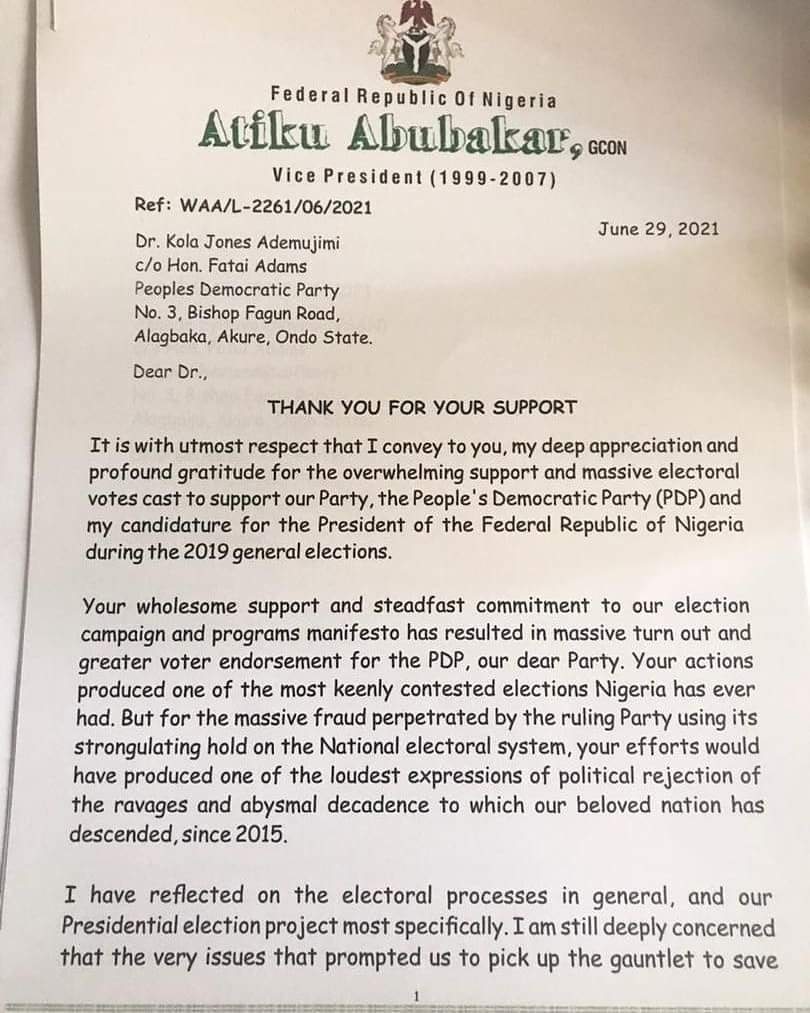 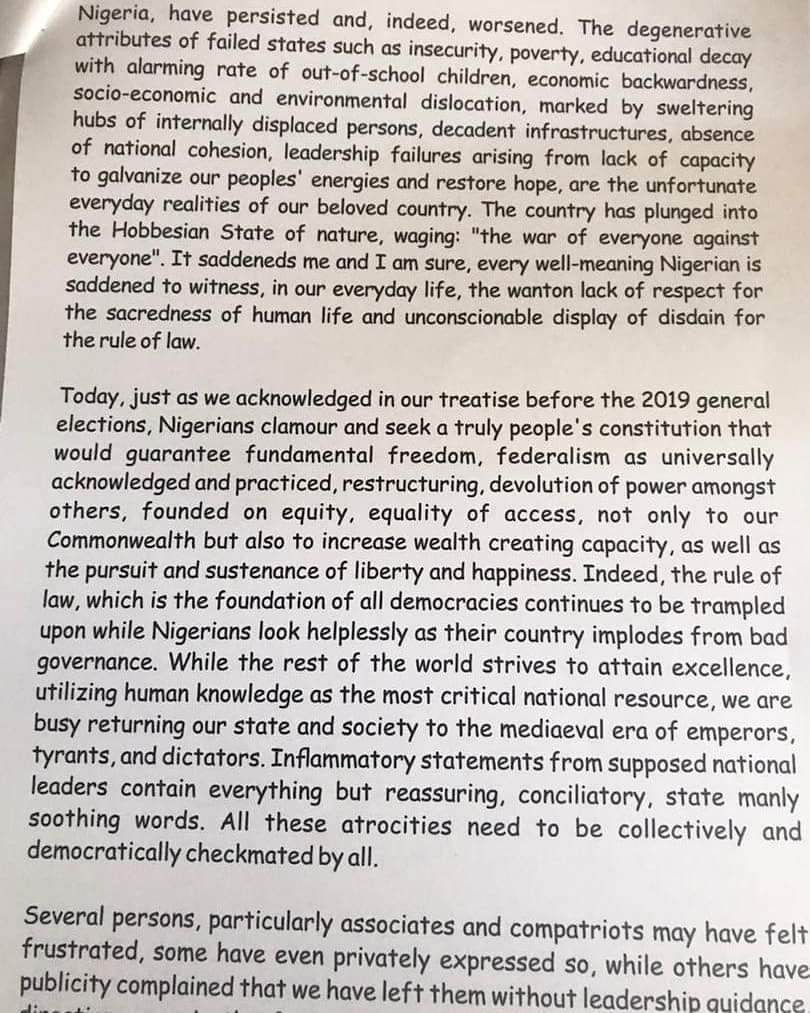 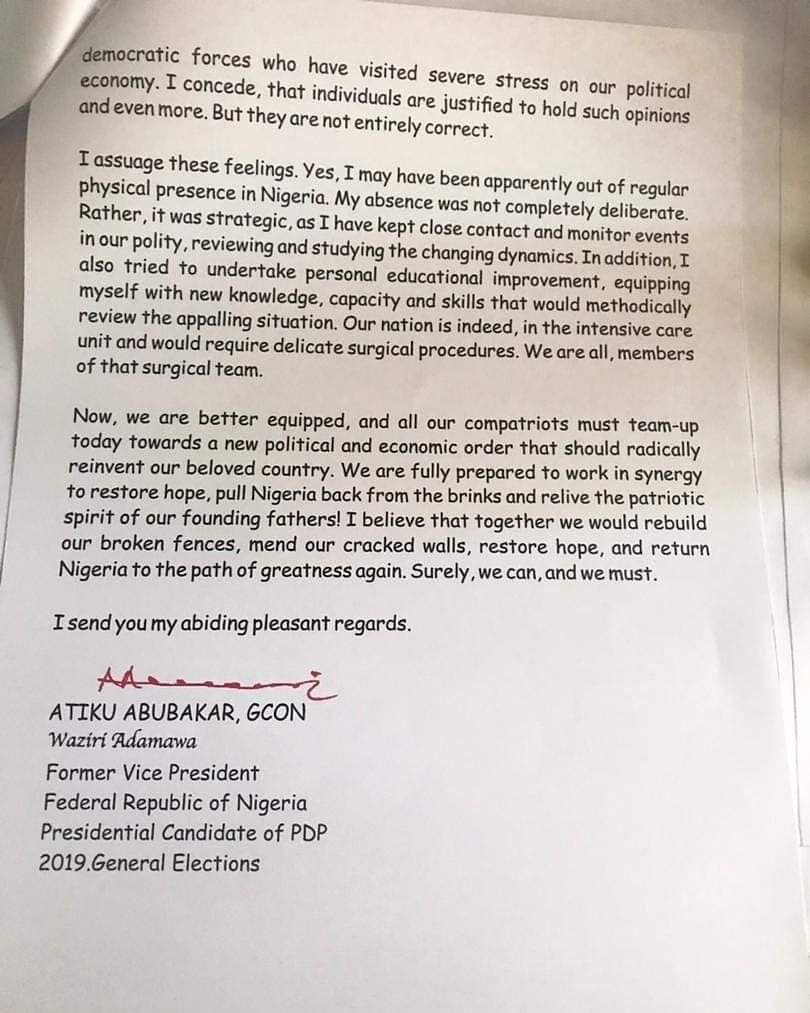