The National Leader of the All Progressives Congress (APC) Asiwaju Bola Ahmed Tinubu has met with former Military President, General Ibrahim Babangida at his Uphill Residence in Minna Niger State. 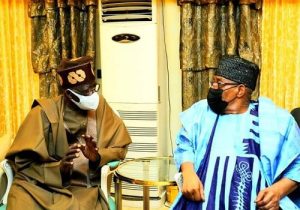 The meeting, which lasted for about one hour, also had Niger Governor Abubakar Sani Bello in attendance.

Tinubu visited the Uphill residence of Babangida after he left the Niger State Government House where he donated N50 million to Internally Displaced Persons (IDPs) in Niger.

Speaking to newsmen after the closed-door meeting, Tinubu said that he visited General Babangida as part of the consultation for his presidential bid. 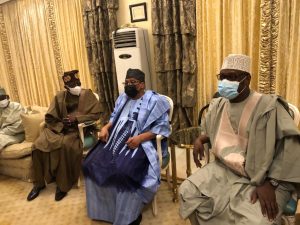 “When I made the declaration, I told you that I am still consulting and I will consult as widely as possible and that is what I am here for. So, he gave me his prayers.”

Tinubu stated that he cannot come to Niger state without paying a visit to IBB.