Once upon a time, the Government Girls Day Secondary School Okesuna in Ilorin had good amenities. It was renowned for its discipline and well equipped facilities like laboratory, library, toilets, proper fence and many more.

Now the school has passed into decrepitude. It is not only that facilities have deteriorated, the school lacks teachers for essential subjects.

“The government is aware of the situation of the school because letters have been written to them many times and nothing has been done,” said  a teacher who spoke on the condition of anonymity because she feared she could be punished for granting an interview.

Another run down school is Tanke LGEA at Tanke area in Ilorin South Local Government Area. Comprising primary and junior secondary, the school lacks a library, laboratory and adequate classrooms.

The only toilet in the school is reserved for the staff while  the students are expected to find other means of relieving themselves.

Some students are forced to sit on the floor as some of the classes are without desks and chairs.

“We can’t do most things ourselves as we do not have the capacity to do so,” said a teacher who spoke to the reporter.  “But we use the PTA levy to renovate the most demanding situations as we have been severally written to the government without a reply.”

At Fate Basin Primary and Secondary School, the appalling state of the facilities is apparent. Students do not have access to toilets, library and laboratory. The school is located at the centre of Fate and Basin communities in Ilorin South local Government Area.

“We have a shortage of teachers due to the fact that most of our teachers were sacked a few months ago by the state government,” said the headmistress of the primary school. She added she had sought government’s intervention without success.

The school library is an old container in the middle of the school premises. The library is always hot during the day which makes it hard for students to study.

One of the students told our correspondents they suffer a lot just to learn. “We normally do alternatives to practical since we lack apparatus to carry out real practicals because our laboratory was just built with bad furniture (Biology and Agric laboratory) while others are not equipped ( Chemistry and Physics Laboratory). We also lack teachers, especially physics, chemistry, English, literature and maths. We only have 2 english for all SS classes and it’s not enough.”

The teachers and students who spoke to our correspondent urged the government to help make the school conducive for learning like it used to be in the past.

Schools Report is an initiative of the Civic Media Lab, to improve the standard of basic education across the country, with support from MaArthur Foundation.

Buhari Directs Security Agents To Shoot Anyone Seen With AK-47 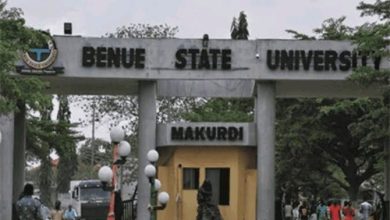 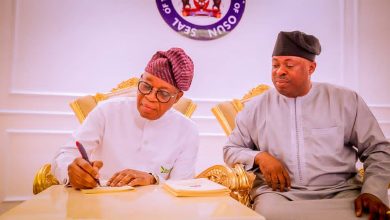 Strike: Why FG made U-turn on reopening of universities 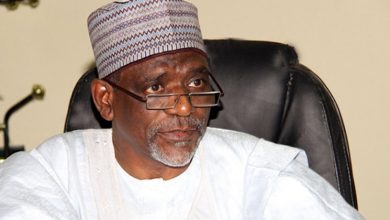