A 41-year-old inspector and father-of-3, Hosea Yakubu, has died, after he was allegedly tortured by four military men at Eleme Petrochemical gate, Port Harcourt, River State.

According to the brother of the deceased, Hosea was beaten to a pulp by four military men attached to Petrochemical company, Eleme, on Sunday, August 16, 2020 for driving one-way.

He was rushed to University of Port Harcourt Teaching Hospital (UPTH), where he, sadly, passed on the following day being Monday, August 17, 2020.

“Inspector Hosea Yakubu, attached to IGP Anti-pipeline, Port Harcourt and two other officers were returning from normal patrol duties, when, due to traffic gridlock along Eleme, they decided to take one way.

Petrochemical company was right on the side of the lane, and there were long trucks coming out from the company at the time.

On approaching the petrochemical gate, they where stopped by someone on mufti, not knowing he is a military personel. He challenged them for taking one way and it led to arguments and the military man on mufti slapped the police driver.

However, when Hosea came down to challenge him, the other soldiers came out to join their colleague and the whole thing escalated into a fight.

One of the soldiers took heavy plank and smashed Hosea on the head. He fell down and couldn’t move. He was subsequently rushed to the nearest hospital, and there after, he was referred to UPTH, where he was admitted at the ICU.

After 24 hours on admission, he gave up. Up till today neither the police nor the military have said anything or taken action to bringing the culprits to book,” he said. 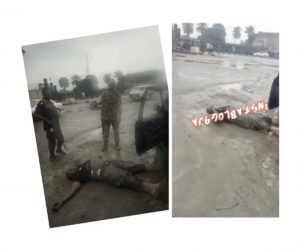 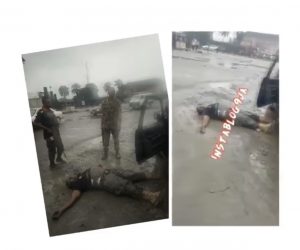