2-Year-old twins (names withheld) have reportedly lost their lives after falling and drowning inside the swimming pool in their house.

According to reports, the parents of the dead twins went out to sympathize with another family who also lost a relative leaving their kids with the live-in nanny.

According to the Nanny, she left the boys to go visit the washroom due to tummy upset but upon watching the CCTV footage, it showed that the Nanny left the boys to watch television and went upstairs to either use her phone or take a nap.

The twins somehow found themselves at the poolside, after fiddling fell into the pool, and drowned to death. 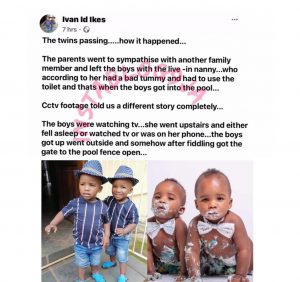 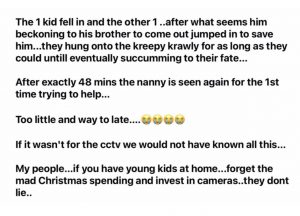 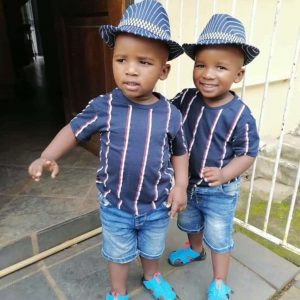 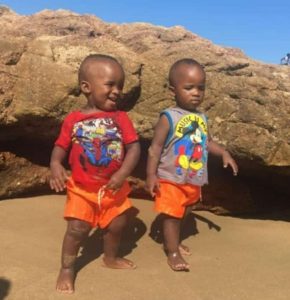 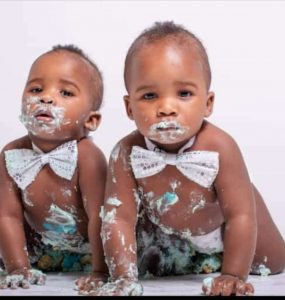 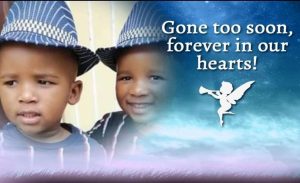 Nwankwo Kanu’s wife, Amara reacts after being called out by Osaze Odemwingie for ‘chasing him’

Featured Posts
Strike: FG Reveals What Will Happen To ASUU
3 mins ago