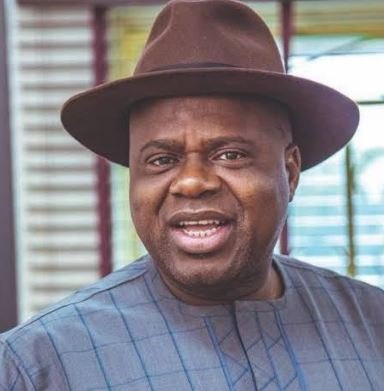 RIVERS and Bayelsa states have renewed their hostilities over the ownership of the Soku oil fields in Akuku-Toru Local Government Area and the revenue accruing from it.

Bayelsa Governor Douye Diri faulted the payment of the revenue from the Oil Well to Rivers despite the state’s appeal against a judgment ceding the resource to Rivers.

He described Diri’s call to halt the ongoing remittance of Soku’s revenue to Rivers as unfortunate.

The Federal High Court in December 2019 declared that the oil wells belong to Rivers.

It ordered the Revenue Mobilisation, Allocation and Fiscal Commission (RMAFC) to pay revenue from the oil fields to the state.

Wike, who spoke when a delegation of RMAFC, led by Alhaji Mohammed Usman, visited him in Government House, Port Harcourt, insisted that the oil wells belonged to Rivers.

He urged RMAFC to continue paying the revenue to his state.

Wike said: “It is unfortunate that the Bayelsa State Governor told you when you visited him that you should not pay us revenue from Soku Oil Well.

“The matter was at the Supreme Court when the National Boundary Commission admitted that they made an error in their 11th edition publication by situating Soku Oil Well in Bayelsa State.

“They were, therefore, directed to correct the error in their 12th edition publication. When they also failed to correct it, we had to go back to the Federal High Court.

“The court, in its wisdom, directed that all revenue accruing from Soku Oil Well should be paid to Rivers State. That is the position.

“For Bayelsa State governor to come up to say that you should not pay us our money is unfortunate.

“If they have filed a matter at the Supreme Court, it is not an injunction to stop the implementation of the subsisting judgement.”

Diri, who had earlier the RMAFC delegation in Yenagoa, the Bayelsa capital, flayed the deductions in favour of Rivers.

He said the action was tantamount to ceding Bayelsa territory indirectly to Rivers.

He urged the commission to revisit its decision until the Supreme Court decides the boundary dispute.

He lamented that the action significantly affected the state’s allocation for this month.

Diri said: “The action by the commission is tantamount to ceding a part of Bayelsa to Rivers, which can breach the peace between both sister states.”

Featured Posts
2023 Elections: Only A Candidate Who Isn’t Affiliated To Any Sect Can Solve Nigeria’s Problems – Accord Party Presidential candidate, Prof. Chris
56 mins ago