When in January, 2021, Governor Udom Emmanuel promised to rejig the state’s economy with a #50 billion capital to create jobs, stimulate economic growth, and empower Akwa Ibom youth through interministerial direct labour jobs, many thought it was tale by moonlight. But not only was the economy rejig with funds, but the Governor ended up pumping in a whopping #55 billion recreating a state that has become a major construction site. That’s not all. To further show his commitment to the empowerment of the middle class and youth, the Governor also injected #1 billion for the interministerial direct labour jobs meant to empower the grassroots who form the bulk of of our rural dwellers. 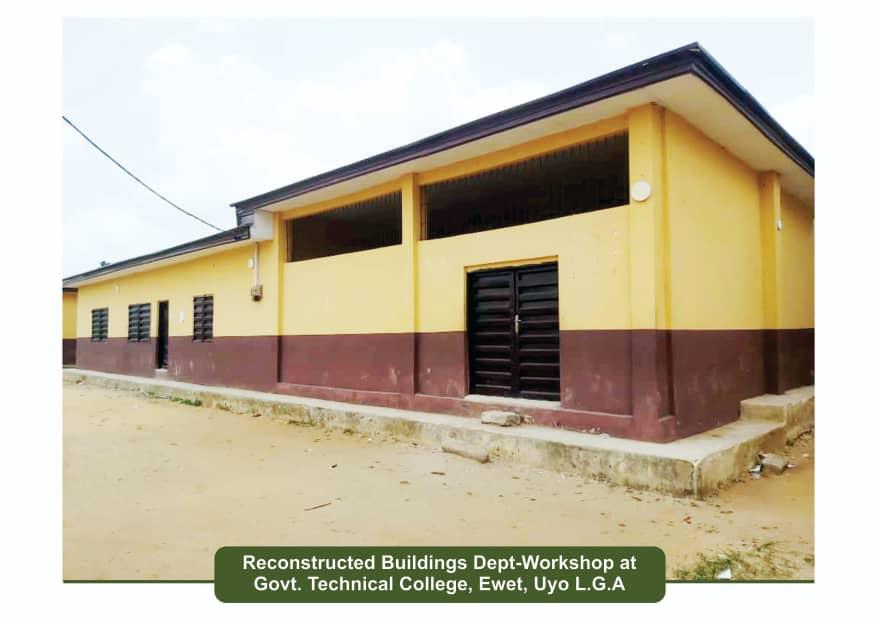 In Uyo Senatorial District alone, numerous projects witnessed direct and urgent intervention accoss the nine Local Government Areas. From Uyo to Nsit Ubium, Ibiono to Nsit Ibom, Nsit Atai to Ibesikpo Asutan to Itu, Uruan to Etinan, no one was left out of the Intervention.

These interministerial direct labour jobs have no doubt injected life into the skilled and semi skilled workforce which is dominated by the average Akwa Ibom artisan worker who depends majorly on construction jobs for survival.

As a result of this, the intervention has provided jobs to Bricklayers, Carpenters, Painters, Electricians, Welders, Moulders, Plumbers, drivers, food vendors etc, thus producing and promoting goods, services, and activities of a cultural, artistic, and heritage-related nature. Artisans no doubt are a core component of the Akwa Ibom economy.

They are an integral part of our communities and these jobs are mostly domiciled in the rural areas. The policy shift of reviving artisan supply chains through the interministerial direct labour jobs is much more significant than it reads or sounds due to its multiplier effect. This sector is a key driver of economic growth, job creation, and cultural preservation. 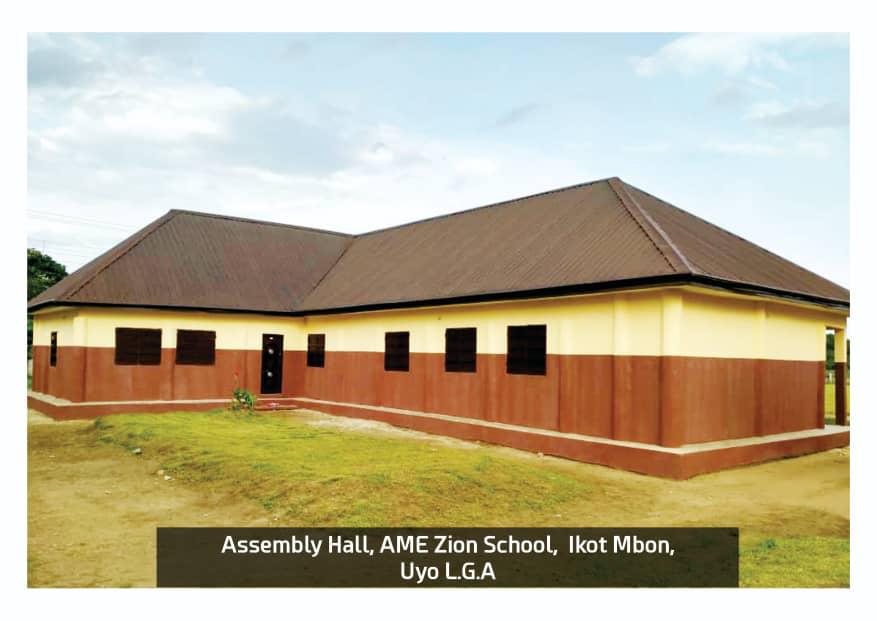 For Nsit Ibom LGA, the government’s Interministerial direct labour has seen to the renovation/extension of 3-4 Classroom blocks at Primary School, Obo Ikot Ita, renovation of 4 Classroom blocks with offices in the same school, and also renovated the Schools Assembly Hall. That’s not all, the government has also ensured the completion of the Youth Council Hall at Affia Nsit Udua Nko.

These infrastructural intervention which cuts across the social sectors of education, health etc has no doubt helped reposition these sectors, empower the youth who form the bulk of the beneficiaries and goes further to fulfilling a cardinal objective of the completion agenda of the Governor Udom Emmanuel led administration.

Some of the youth who are beneficiaries of the interministerial direct labour contract, have been able to help themselves from the profit they have made for the job which has empowered them by adding both meaning and value to their lives. There is no doubt that this gesture has further created a sense of belonging to the many supporters of the Governor who now see themselves as part of the government they worked for and supported.

To Governor Udom Emmanuel, the interministerial direct labour contract is a promise made and a promise kept in keeping with his completion agenda and his resolve to see to the total overhaul and repositioning of the educational, health and social sectors of the economy as a pointer to where the state is heading to as far as his Industrialisation policy is concerned.