It’s gathered that the operatives of the EFCC stormed Hallelujah Estate area around 2am and arrested the suspected fraudsters. The youths in the area moved against the EFCC men, saying the suspects should be left alone. 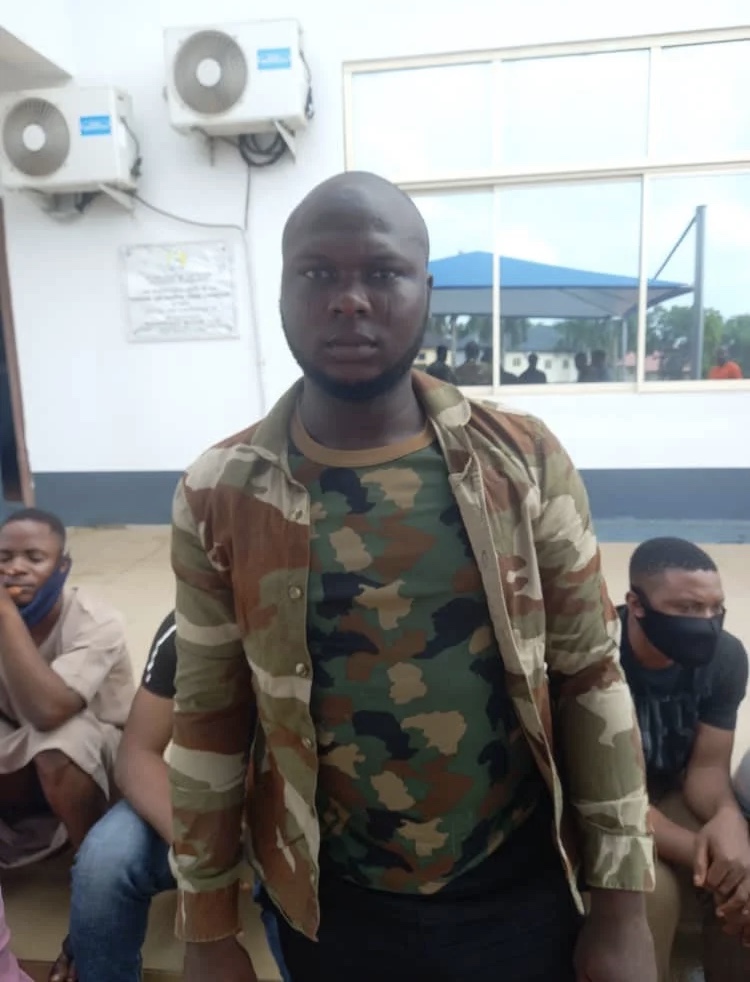 The suspected Yahoo boys were eventually taken into custody, along with their vehicles.

The youths blocked roads and made bonfires at Lameco Junction and Dele Yes Sir.

The incident caused gridlock across the capital city. The youths were dispersed but later regrouped at Nelson Mandela Freedom Park to continue their protest.

Commissioner of Youths and Sports Olayemi Lawal addressed the protesters, urging them not to fight each other or block roads.

“I am here to listen and attend to your grievances on behalf of the government. I will go to Ibadan now to see the people that were arrested. Please don’t be violent, I beg you,” Lawal pleaded.

One of the protesters, Fisayo Ogunleye said the operatives were on illegal duty.

“The operation of the EFCC looks like armed robbery because they forcefully entered houses and even broke walls into some of the houses. We will not rest, we will continue massive protests in Osogbo if they refuse to release the boys they arrested.”

Also, Commissioner of Police, Olawale Olokode came to appease them.

Olokode said, “We are also not happy about the situation. EFCC did not inform us before coming to Osun to arrest the people. That’s why they came at midnight. I just want to plead with you all to allow peace to reign, because blocking roads and burning tyres will inconvenience the people.”

A statement by the EFCC, head of media publicity, Wilson Uwujaren stated “operatives of the Economic and Financial Crimes Commission, Ibadan Zonal Office, in the early hours of Tuesday, May 18, 2021 arrested a former soldier, Adebisi Jamiu and 33 others for suspected internet fraud.”

In Kwara, five students of Kwara State University (KWASU), Malete and a student of Kwara State Polytechnic, Ilorin were arrested by EFCC personnel in connection with suspected internet fraud.

Police Arrest Ondo Couple After Baby Dies During A Fight