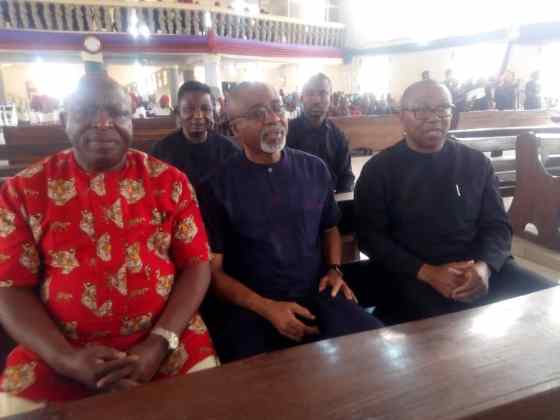 This was after the bodies of Nnamdi Kanu parents, Eze Israel Kanu and his wife, Sally had arrived Isiama Afaraukwu ahead of their burial in the Umuahia North Local Government Area of Abia State.

There has been building tension over the burial of the parents of the leader of the Indigenous People of Biafra, Nnamdi Kanu which holds today as the bodies have now arrived for the burial.

Yesterday, the Commissioner of Police in Abia State, Mr Ene Okon, ordered the removal of Close Circuit Television installed by unknown persons around Isiama Afaraukwu Umuahia ahead of the burial of Eze Israel Kanu and his wife Sally. He insisted that nobody had the right to install CCTV on public properties on the street because of its security implications although individuals have rights to install one in their homes and private properties.

The Commissioner of Police has urged the elders to warn Nnamdi Kanu, to desist from playing propaganda with his parents’ burial.

“We are aware through intelligence that many IPOB members had arrived Kanu’s home on Wednesday night.

“But we advise him to let them remain in his house and if he wants them to bury his parents, let them do that within his compound while the elders sit down and watch them. Let them and posterity judge that,” the CP added.