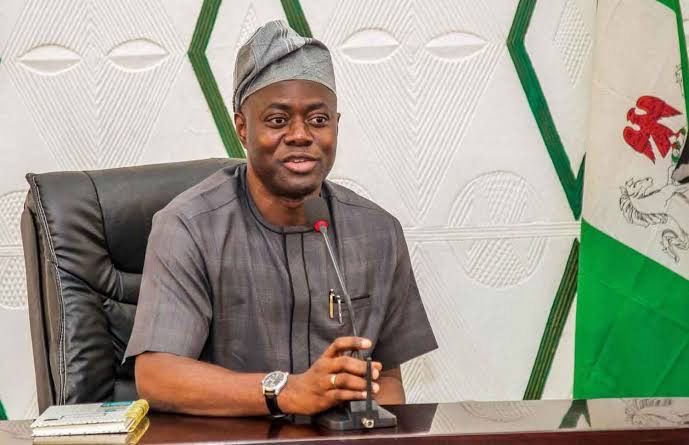 Makinde made the disclosure on Thursday at the NYSC camp, Iseyin

The announcement was made, one day after he reduced the Ladoke Akintola University of Technology (LAUTECH) tuition fees, sent the graduates into jubilation.

In a tweet, Makinde assured them that the issues raised by the NYSC State Commandant would be addressed.

The governor disclosed that it was during his youth service in Port Harcourt that he got a job and met his wife.

“I am an example of how the national youth service could foster national integration. I wished them the best for the future.”

Seyi Makinde, the governor of Oyo State, has upped the monthly allowance of the state’s National Youth Service Corps (NYSC) members to N15,000 from N5,000.

Makinde made the announcement at the NYSC camp in Iseyin on Thursday.

The graduates were overjoyed when he made the announcement, which came one day after he slashed the tuition rates at Ladoke Akintola University of Technology (LAUTECH).

Makinde assured them in a tweet that the NYSC State Commandant’s concerns will be handled.

The governor revealed that he met his wife and acquired a job during his youth service in Port Harcourt. “I am an example of how the system works.”