According to the Lagos Metropolitan Area Transport Authority (LAMATA), there are 75,000 commercial buses (danfos) in Lagos.

According to oral testimonies acquired by this reporter from more than 50 commercial bus drivers in 21 of 37 local council development authorities (LCDAs) in Lagos, each commercial vehicle driver pays at least N3,000 to agberos, better known as ticket touts, every day.

This indicates that these drivers pay agberos in Lagos N225 million per day, N6.75 billion per month, and N82.125 billion per year.

But that’s not all. According to a 2020 research by Techcabal, there are at least 50,000 tricycles (Keke Marwas) in Lagos – never mind the Lagos State government’s recent ban, which is only a declaration.

Over 60 tricycle drivers from 21 LCDAs in the commercial city told this reporter that they pay at least N1,800 per day to agberos. This is merely an educated guess. 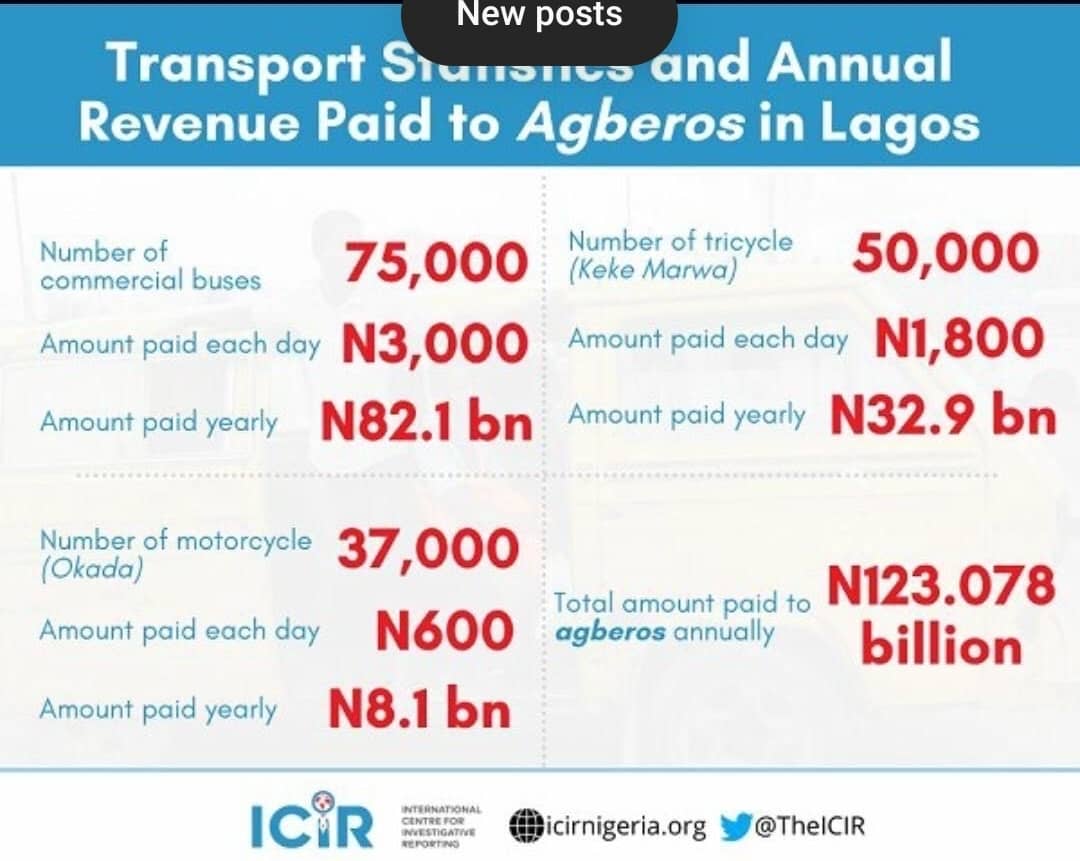