Soldiers in the Nigerian Army have been warned against photographing their actions while on duty.

The army issued the warning in a statement signed by K.O Bukoye on behalf of Chief of Army Staff Farouk Yahaya.

The army claims that the behavior, which it claims has become more common in recent years, is in violation of its social media policy and poses a threat to troops.

It urged its various commands to educate troops on the need of abstaining from such behavior.

The statement read, “Recent happening reveals that troops are still in the habit of taking pictures and videos while conducting operations. This habit has become worrisome as it goes contrary to the social media policy and also portends dire consequences, especially for the personal security of troops.

“It will be recalled that several directives have been given with regards to the aforementioned. This continued act, therefore, suggests the need for continuous sensitization of troops at various theatres.

“In view of the foregoing, I am directed to respectfully request you direct formations and units under your command to continually sensitize troops to desist from taking pictures or videos of operational engagement in their various AQRS. Please treat as important and acknowledge.” 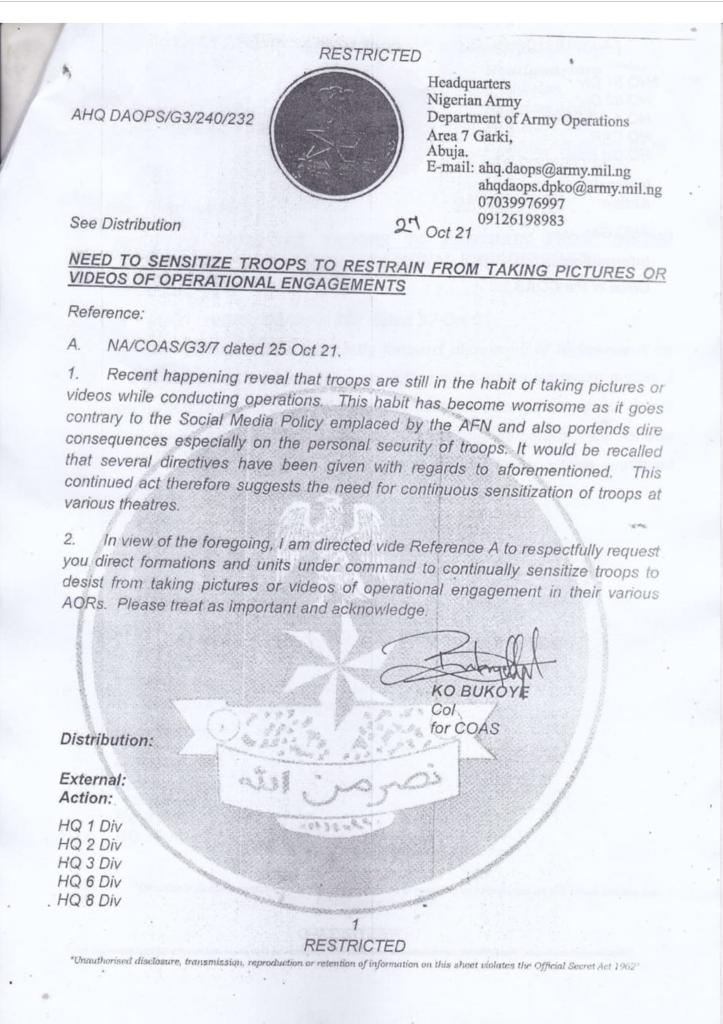 Why Obi Cubana Is Still With Us — EFCC