The company was alleged to have received amounts to the tune of $394million, €9.9million and N369million to purchase equipment for the Nigerian Military, but there were discrepancies in the supply of the equipment.

The CEO of the company, Aboubakar Hima has been declared wanted for alleged criminal conspiracy, contract scam, misappropriation of public funds, money laundering and fraud.

In a release signed by EFCC’s Acting Head of Media and Publicity, Tony Orilade, Hima was described as a 46year old Nigerien citizen, who speaks French and Hausa fluently, but not too proficient with English Language.

EFCC stated that, Hima had been invited for questioning, but he failed to honour the invitation. There were however no other options than to declare him wanted.

EFCC further stated that anyone with useful information about Hima’s whereabout should contact the nearest EFCC office, police station or security agencies. 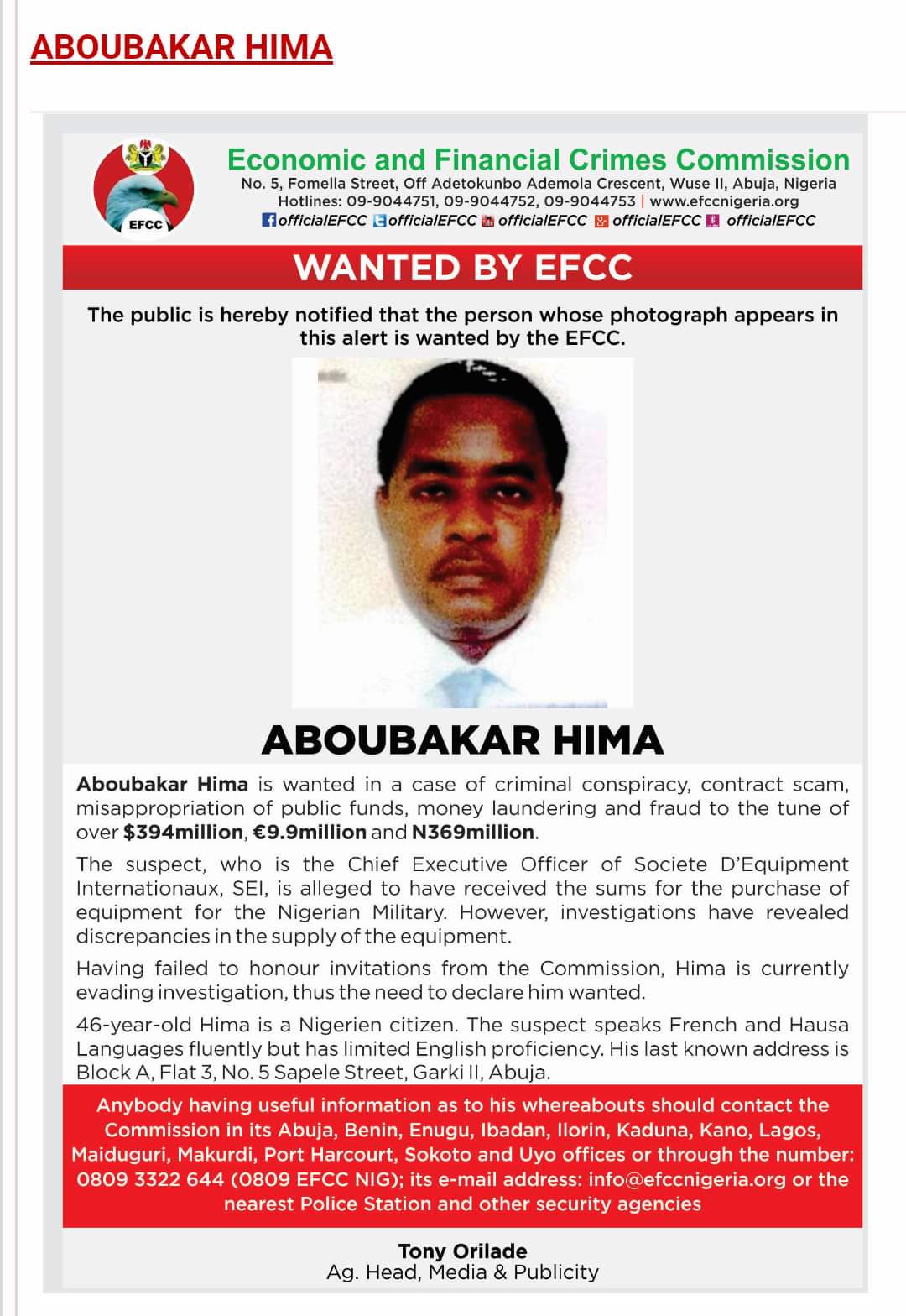