The Nigerian Guild of Editors (NGE), the umbrella organization for all editors in Nigeria, has stated that the media business is neither a political opponent nor an enemy of the government.

Many of the political elite’s attacks on the media, according to the guild, were not intended to win a debate over journalistic or legal values, but rather to bully media organizations.

The NGE said this while reacting to what it called “draconian provisions” in two Bills to amend the Nigerian Press Council (NPC) Act and the National Broadcasting Commission (NBC) Act that are currently before the National Assembly.

The guild said the sponsors of the Bills claimed that they were aimed at moderating the “recklessness” of the media, but it argued that they “are actually meant to criminalise journalism practice in the country”.

In a statement by Mustapha Isah (President) and Iyobosa Uwugiaren (General Secretary), the NGE said the media, being the “oxygen of democracy”, would be strangulated if the Bills were passed in their present forms.

“At a time there is a popular ongoing global conversation about the need for a #NewDealForJournalism” – for immediate and sustained action from, and collaboration between governments and other influential actors to improve the policy, funding, and enabling environment for independent professional journalism – we see the proposed legislations as unhelpful.

“While we are not opposed to an Act that will promote media stakeholders-driven regulatory council, the many draconian provisions in the Odebunmi Olusegun-sponsored Bills are actually aimed at criminalising media practice in Nigeria. While the intention of the sponsor of the bills is suspicious, the Bills negate all known features of media regulatory bodies in the world,” the NGE said.

The guild alluded to the NPC Act, CAP N128, Laws of the Federation of Nigeria 1992, created by the military dictatorship.

It noted that while the NPC Act “gives the Council’s Board full responsibility to administer the council”, the proposed Act restricts the council’s board to “advisory capacity on a part-time basis without direct interference in the day-to-day administration of the council”, and gives the Executive Secretary all the power.

“While the proposed NPC Act says the Board shall consist of one representative each from the Nigeria Union of Journalists (NUJ), Nigerian Guild of Editors (NGE), Newspapers Proprietors Association of Nigeria (NPAN), Broadcasting Organisation of Nigeria (BON), the Ministry of Information, two representative of the general public, one of whom shall be a legal practitioner and a woman and Executive Secretary of the council, who shall serve as the secretary to the Board, the board is a mere advisory body.

The body of editors stressed that the professional body does not need the approval of the Minister of Information to establish and disseminate a National Press Code and standards to guide the conduct of the print media, related media houses and media practitioners.

The body approved the placement of penalties and fines against violation of the press code, as provided for in the Bill.

On the proposed NBC amendment legislation, the guild said the Section 23 of the Bill, which gives the Minister of Information the powers to participate in the making of regulations, is unhelpful.

It added that the participation of the minister would turn NBC into a tool for political interference.

The guild also said the provisions of the two bills give the impression that the Federal Government is out to crush its enemy, saying that the media is not an enemy of the state.

The NGE added that the two Bills, if passed, would compound the nation’s negative image in the global community.

It stressed that the Bills are perceived to be attempts to further stifle the democratic space in the country, which is currently having challenges in all fronts.

The NGE said it also opposed to heavy involvement of the President and the Minister of Information in the composition of appointments into the boards of NBC and the NPC, saying the board members should appoint their own chairmen.

It added: “The NPC and NBC should be truly independent, and should not be under the supervision of the Minister of Information, who is a political office holder and affiliated to a political party.”

“The Ghana model comes to mind here. Nigeria should be seen to be moving with time, instead of taking retrogressive steps in media freedom.”

The guild urged the National Assembly to remove the obnoxious provisions in the two Bills, which make them look as if they were meant to strangulate, instead of regulate the media.

Standby helicopter was to bring Igboho to Nigeria, but Yoruba indigenes fought— Lawyer 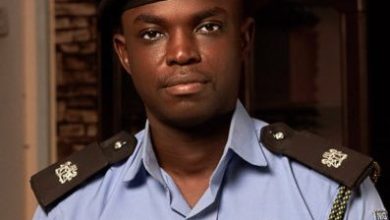 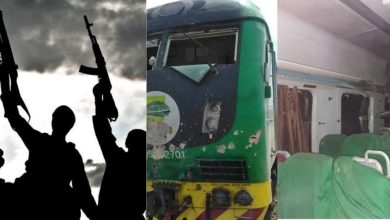