On Friday, tragedy occurred at the BUA Cement PLC business in Sokoto State, when two of the company’s oil tanks exploded.

The incident is reported to have killed several of the company’s employees while injuring others.

According to sources, the two tanks combined had around five million litres of oil before the explosion.

The team was working on the tanks when they detonated around 9 a.m., according to the source.

The fire is still burning more than 24 hours after the explosion, according to Daily Trust.

According to another source, the inferno destroyed a portion of the facility that was recently commissioned by President Muhammadu Buhari.

The tanks were also said to be delivering diesel and black oil to the new plant.

The Sokoto Fire Service’s spokesman, Bello Baban Addini, said they were still working to put out the fire.

He stated that they were looking into the reason of the explosion, the number of people who were injured, and the extent of the damage to the factory.

The company’s management has yet to respond to the development. 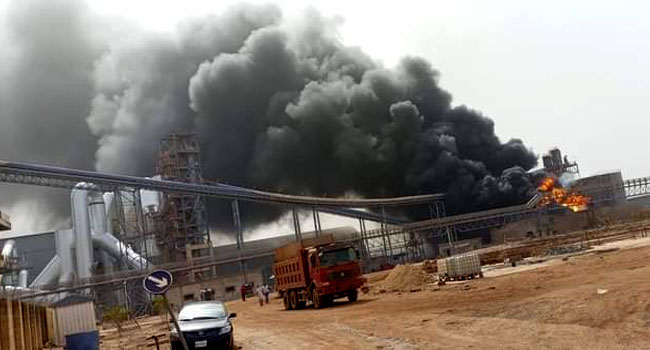