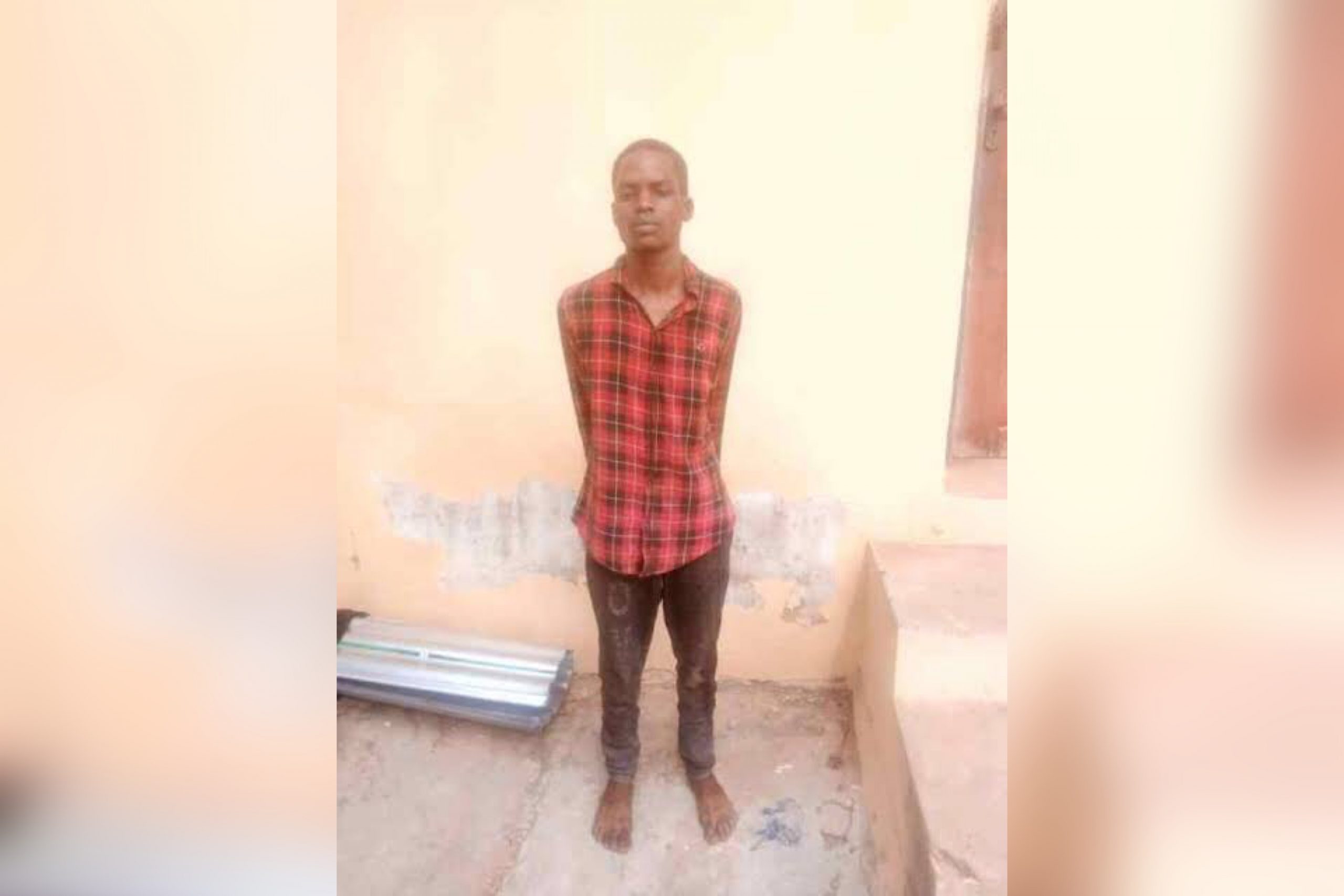 It’s gathered in Ajase-Ipo that the suspect who concealed the human parts in a black nylon bag with his partner in the crime was taking them to give a yet-to-be-identified herbalist for a money ritual when they ran out of luck.

They were said to have freshly severed the head of the victim named Mohammed in Ajase-Ipo, as blood was still dripping from the human parts.

It’s also reliably gathered that Kehinde was already in a commercial bus with the human parts concealed in the black nylon bag, with his partner who reportedly jumped out of the bus and ran away, when the police station on the road stopped the bus for a routine security search.

The team who suspected foul play immediately held Kehinde down inside the commercial bus with the black nylon back only to find the freshly severed human parts therein.

The suspect reportedly took the police to where the remaining parts of the body were dumped in Ajase-Ipo.

Bandits Attack, Kill One Policeman, Injure Others Returning From Duty In Katsina

VIDEO: Man Flogged In Public For Beating Up His Mother In Anambra