A truck has rammed into over 15 schoolchildren at Grammar school Bus-stop in Ojodu area of Lagos, NEWS DIRECT can report.

The truck was allegedly chased by officials of Lagos State Traffic Management Agency, LASTMA, when it rammed into school children returning back from school killing seventeen in the process.

Businesses along the road have shut down while vehicular traffic is grounded.

According to an eyewitness account, immediately after the accident happened, the truck driver, ran away but was caught at Ogba very close to Excellence hotel, where it was set ablaze by irate commuters.

“The sight is something else, the kids were crushed, the accident happened immediately the school opened their school gate after the close of school. I am not sure about the number, as at when I left they said 17 children were confirmed dead,” Cynthia, a student who witnessed the accident was quoted by Vangaurd. 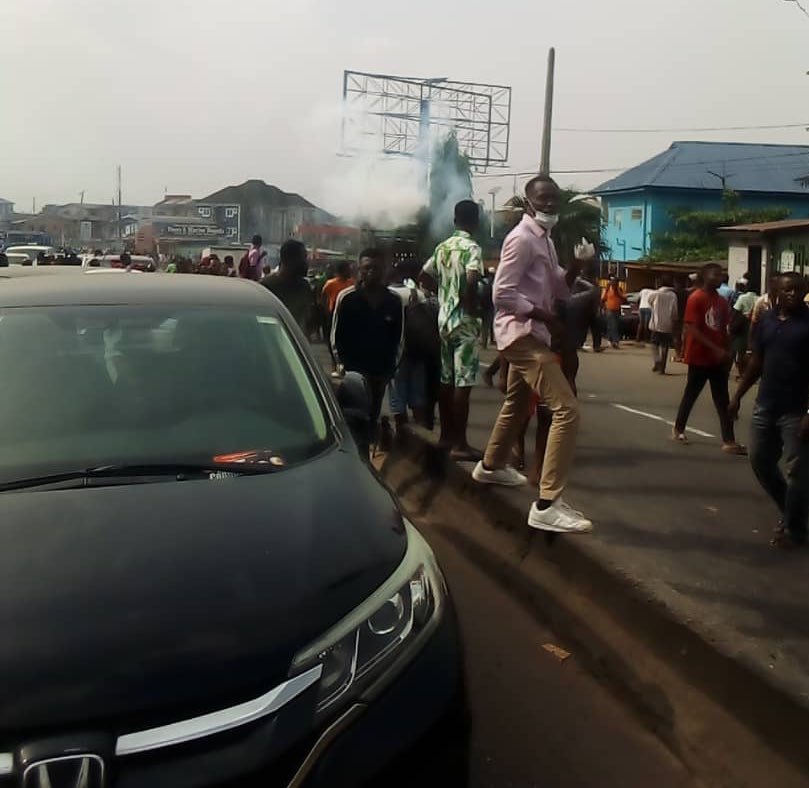 Adekunle Ajisebutu, the police spokesperson in Lagos, said the casualty figure is yet to be confirmed.

“We are on top of the situation. Adequate policemen are on ground to maintain law and order. The situation is being professionally handled,” Mr Ajisebutu, a chief superintendent of police said. 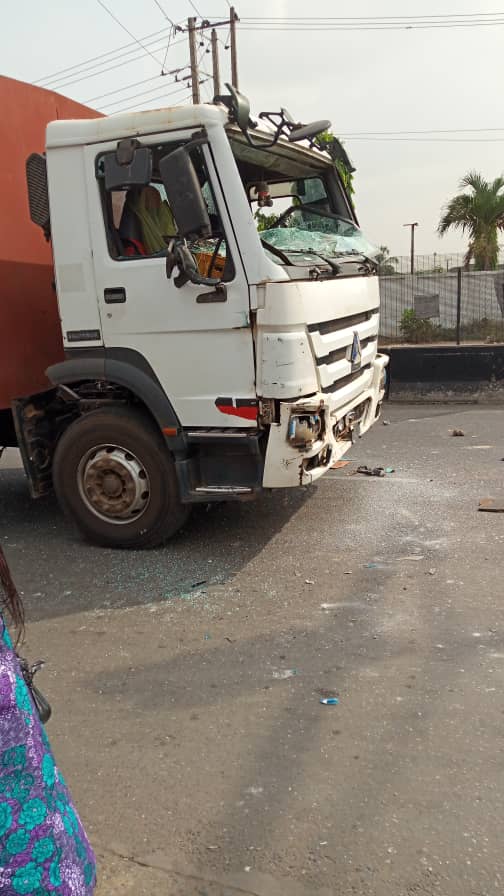 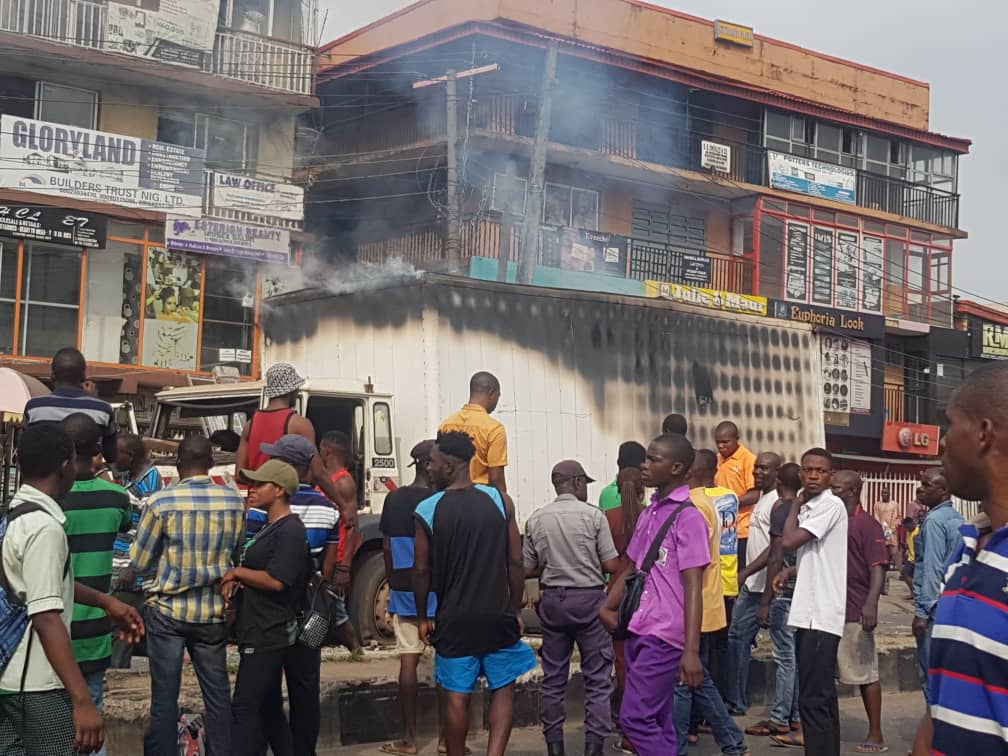 This is happening right now around Excellence Hotel Ogba, this truck allegedly killed 17 students at Grammar School while they were about to cross.The driver fled the scene &he was chased by students and others and his truck set ablaze.The students are destroying any truck seen pic.twitter.com/10zajB4tNn 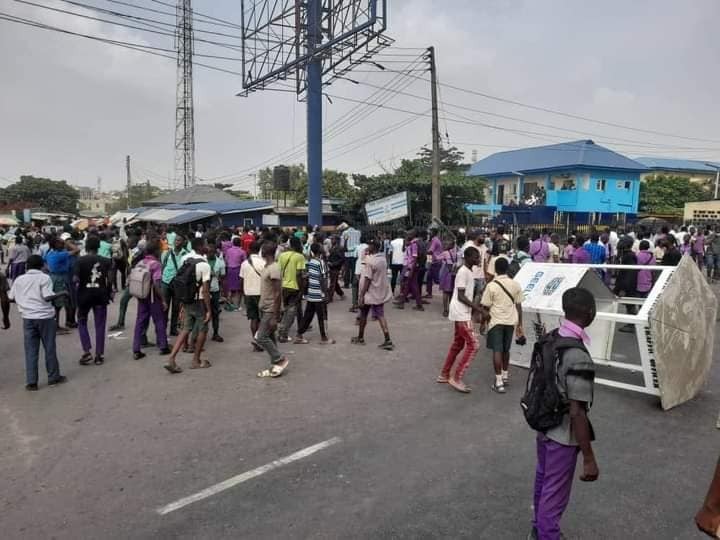 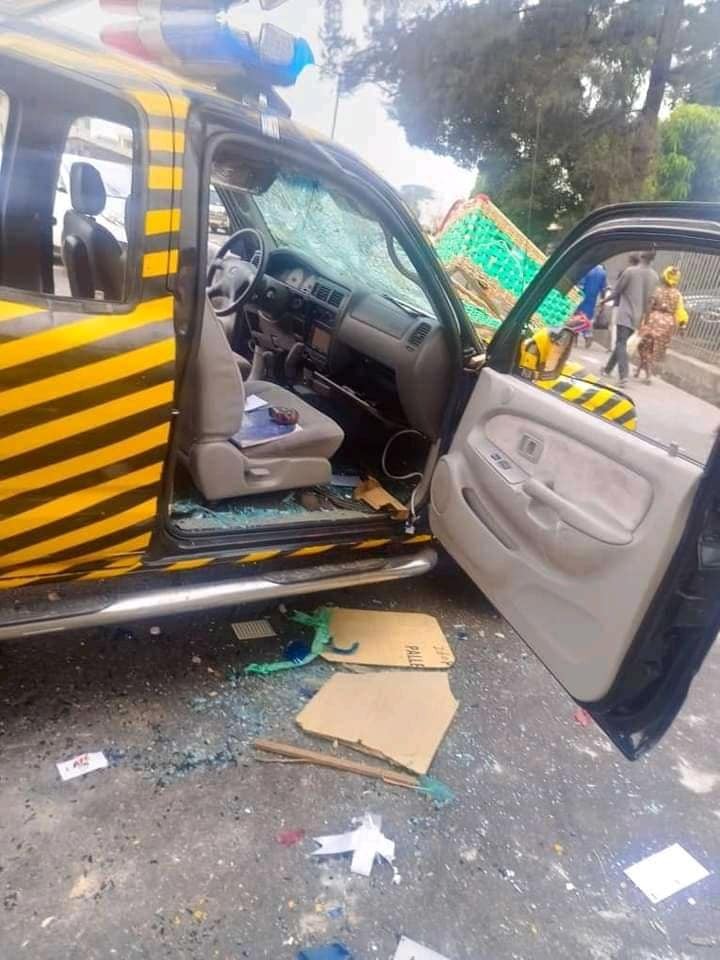