Suspected Islamic fighters stormed into an army base in Maiduguri, Borno State to attack soldiers in a fresh attack. 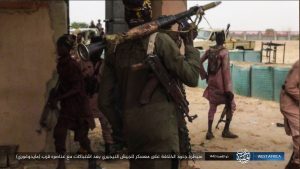 Jihadists from the Islamic State West Africa Province (ISWAP) rolled up in a dozen gun trucks to attack the military base. 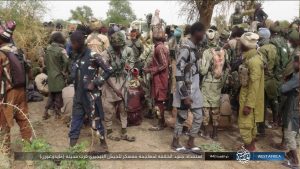 The operation carried out at the military base includes the capture and burning of at least 1 DICON Ezugwu MRAP.

“We also see at least three (perhaps four) NA vehicles, which were also stripped of their mounted HMG. As you can see, once again one of the vehicles is so new it has it’s emissions sheet still attached to the window,” a report by Calibre Obscura read on Twitter. 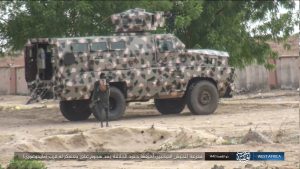 “Although the “all is well all is well” brigade is noticeably more quiet nowadays, the scope of this attack and the capture is another bad sign of how things are going in the North East”, the security report said.