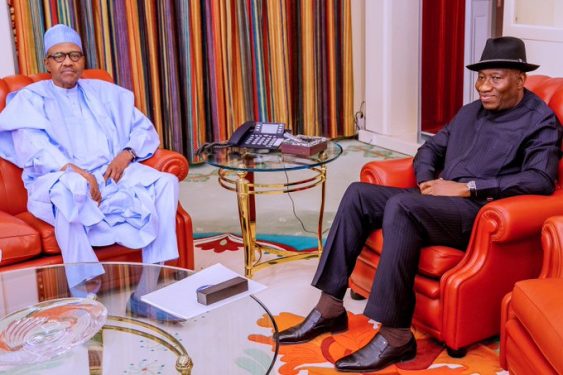 Mr Jonathan said the such ugly incidents did not occur during his reign.

He said this during a one-day visit to the Emir of Bauchi’s palace on Tuesday.

“Yes, I did not know him when I met him and made him the FCT Minister,” Mr Jonathan said.

“In Nigeria, we have this tradition where some people feel that some ministries are big and juicy and must be given to a special person or that you have to know someone before you give him a responsibility role or put him somewhere,” the ex-president added.

He claimed that as a president, he did not do that.
“It is not like that with me. It is not my way of doing things”

He stressed that Mr Mohammed while serving as the FCT minister, “worked with commitment.”

“I gave him a free hand to run the affairs of the FCT. I’ve come to visit him and to commission a project and a road that was even named after me.”

Earlier, the Bauchi governor, while introducing the former president, said, “I don’t have anything in common with him other than the stake of nationalism and Nigerianness.”

Mr Buhari has been accused of nepotism and favoritism in appointment of key persons to key sectors.

National Assembly Landlords: 10 lawmakers who should not get ticket to contest in 2023