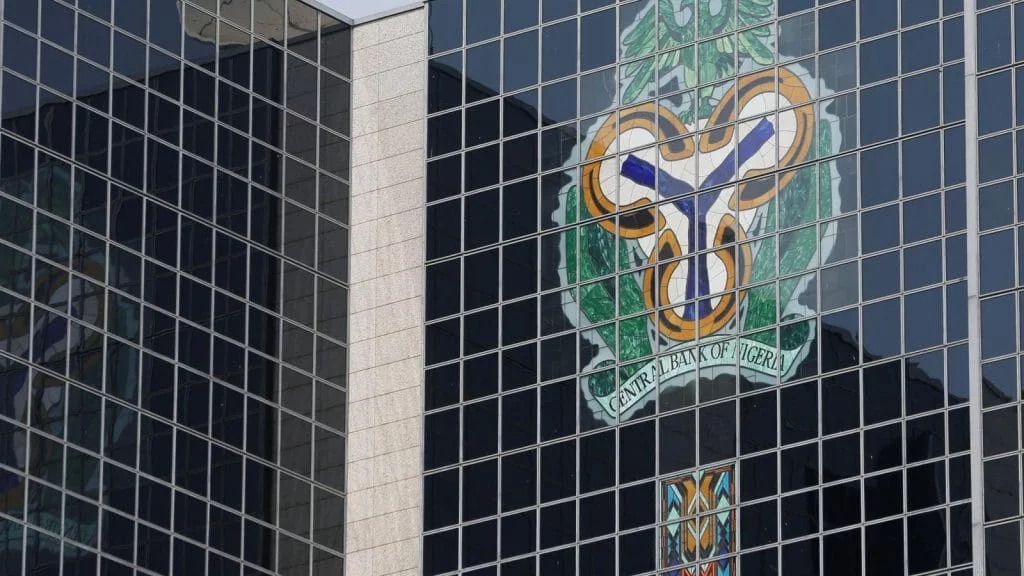 The security department of the Central Bank of Nigeria on Wednesday sent safety precautions to its staff.

This is coming few days after some purported cases of insecurity skyrocketed in Niger, a state assumed to be very close to the country’s capital, Abuja.

Recall that the Niger State Governor, Sani Bello on Monday explained how terrorist group, Boko Haram had found their way into the state and however forcing the people to evacuate some local government areas.

The letter titled, “SECURITY ADVISORY” did a brief overview of the current security challenges faced in the country and informed its staff plans by undesirable elements to infiltrate various parts of the country particularly, state capitals and the FCT to perpetrate crimes of abductions and kidnapping for ransom or as recruits for terrorism.

The letter read in part, “All staff Are advised to take note as follows: Exhibit extra caution while at home, enroute work or other locations being more observant of activities suggestive of abnormal happenings as to avoid falling victim. 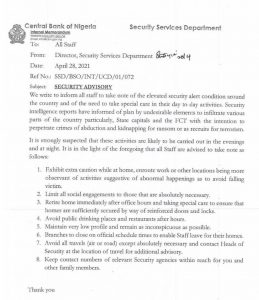 ” Limit all social engagement to those that are absolutely necessary.

Keep contact numbers of relevant security agencies within reach for you and other family members, it added.

Makinde Lambasts Tinubu Says, APC Will Not Rule Beyond 2023

Murtala Muhammed Is Responsible For Insecurity In The Nation – Buhari