The presidential candidate of the All Progressives Congress, (APC) Bola Tinubu, has promised to end stealing of public funds if he wins the 2023 presidential election. 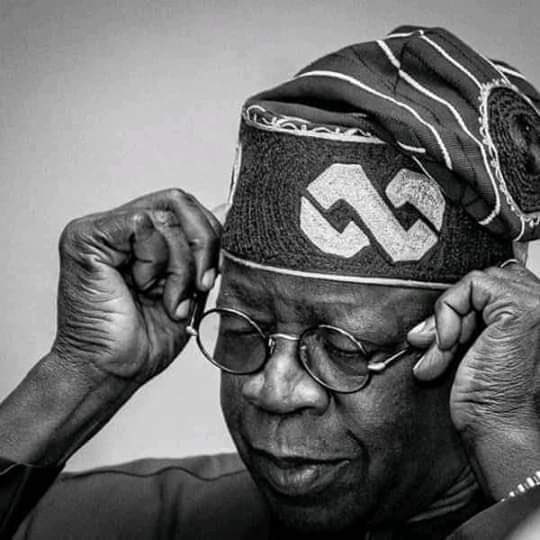 Tinubu stated this in Owerri, Imo State during a Town Hall meeting on Thursday.

He identified corruption in public office as a major cause of the country’s malaise, acknowledging how it has continued to imperil service deliveries in the country.

The NBS had said over 133 million Nigerians are poor in its latest data released on Thursday.

Tinubu said, “There are so many ways to fight and stop corruption. Yes, corruption will stop when Felix does not need to look for four million at a time to buy a little car.

“When that car is assembled here and they hear finance, credit finance is associated with it, the credit financing will move the production, increasing the production demand, the availability of credit will equally multiply the need for purchase.”

He pledged to ignore abuses enjoining the people to “ignore abuses,” and “just face” the task ahead.

“I call on you as individuals, as leaders to join hands with me to achieve prosperity and renew hope.

“I call on you to choose to be part of our nation’s golden future and not the past excuses.

“I call on you to align with the best in humanity that we are brilliant, we are courageous and we are confident. When we put our hands into something, we do it, we can do it.

“We can change our country. Stop complaining, we can start to stop the flood, ravages of poverty, ineptitude of governance and the silence of our member society.

“Don’t ask me for N8billion, N11billion at ago to buy a house. Bring credit for consumers and reduce the propensity, the desirability for fraud.

“I call you to align yourself with the best, only hope for progressive governance in this region and all regions of Nigeria.

“This nation awaits us at the threshold. Let’s put together aside to secure for our beloved nation its finest destiny. Let’s take that courageous step.

“Let’s work for a better and greater Nigeria. We can do it. It’s a change of mindset, it’s a question of determination.

“We have all the resources, we are going to be perished by exploration and exploitation but with determination and intellectual curiosity of our people, believing in our tomorrow,” Tinubu said.