Burna Boy, a Grammy Award winner, has issued a heartfelt letter to his fans and loved ones.

Burna Boy’s 30th birthday celebration was lighted when he was surprised by his family and friends, including Manchester United footballer Paul Pogba and his wife.

In a viral video, his mother was seen showering blessings and powerful prayer on his kid. She also carried him on her back and expressed her dissatisfaction with his weight loss.

He has sent out a statement to thank everyone who helped make his 30th birthday a success, in light of the love and warm wishes he has received. Burna Boy became emotional in his thank-you note.

He wasn’t sure if he’d even make it to the 30th year. He thanked his fans, friends, and family, as well as the personnel at the celebration location, for making it a success.

He also thanked everyone who took time out of their hectic schedules to wish him well and send him blessings. 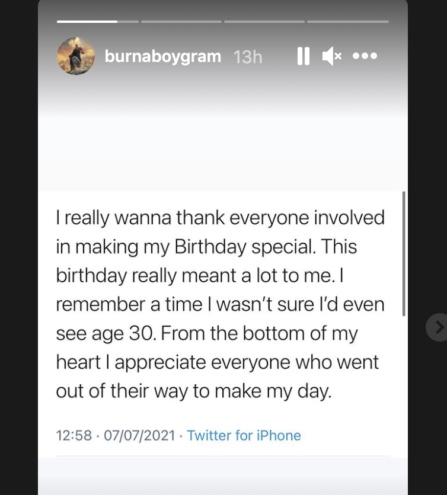 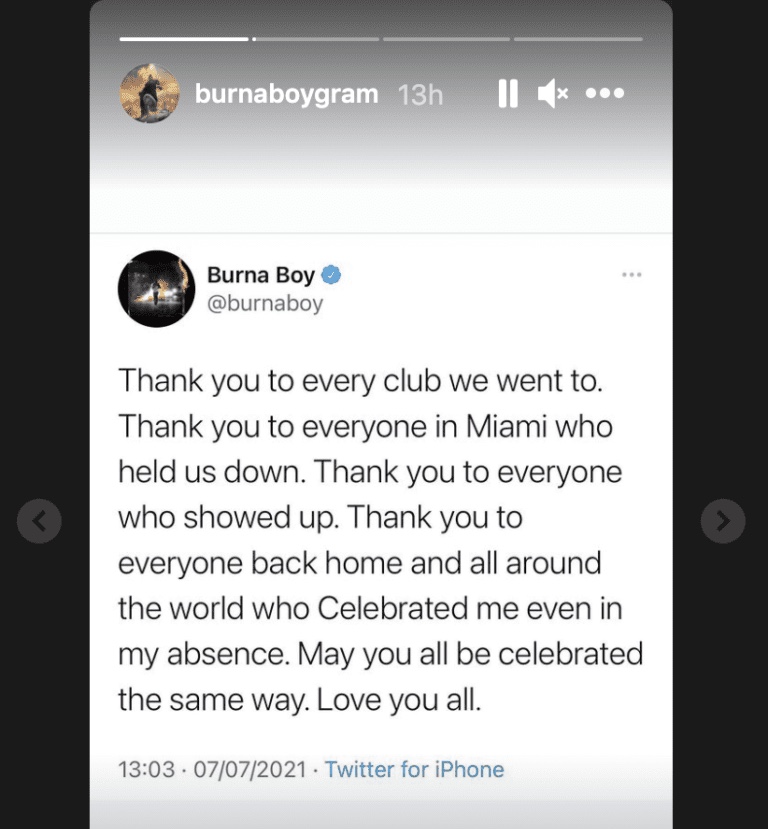 I’ll Continue To Govern Osun With Fear Of God – Oyetola 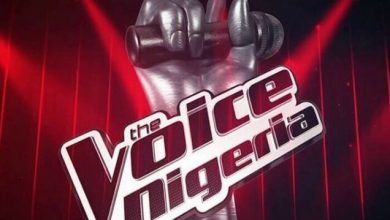