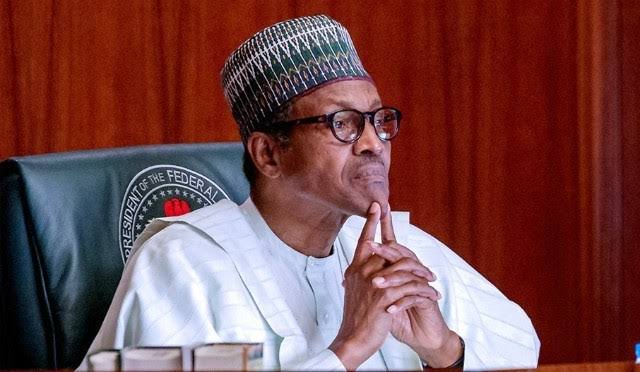 Since its inception, President Muhammadu Buhari’s administration has recorded shocking, unending fights among appointees, especially Ministers and Heads of Departments and agencies.

While many Nigerians have expressed worries over this ugly trend, the unending fights among the appointees have become a sort of distraction to governance and the administration.

Akpabio, had in a live programme, sternly responded to claims of abuse of office by Nunieh against him, describing the NDCC’s erstwhile boss as “too temperamental to be responsible” after an attack on her marital life.

Nunieh alleged: “Nobody makes any payment in NDDC without Godswill Akpabio’s approval.

“When we first came, on the day of the inauguration, he said to me in the car, ‘Madam MD’, if you don’t do what I say, the same pen with which I used to sign your paper, is the same pen I will use to remove you.”

They exchanged rounds of fierce brickbats with very troubling details for which the NDDC has become a source of probes in the National Assembly.

The Chairman of the Nigeria Postal Service, Maimuna Abubakar took to twitter to allege FIRS stole the mandate of NIPOST.

The NIPOST chairman said the FIRS, which is the agency responsible for assessing, collecting and accounting for tax accruing to the Federal Government, had begun printing stamps. She also alleged FIRS did not only steal NIPOST’s stamps but also its ideas.

FIRS, in its rejoinder, countered NIPOST and faulted claims of Maimuna Abubakar. It said: “To be sure, NIPOST is a government parastatal established by Decree 41 of 1992 with the function to develop, promote and provide adequate and efficiently co-ordinated postal services at reasonable rates.

“On the other hand, the FIRS is the sole agency charged with the responsibility of assessing, collecting, and accounting for all tax types including Stamp Duties.”

NIDCOM, an agency of the Federal Government, lacked office space for about a year but was offered a space by the Nigerian Communications Commission, an agency under Pantami’s ministry.

Dabiri-Erewa took to twitter to accuse the Minister of ordering armed men to chase away her staff from the office, an allegation Pantami denied.

The matter degenerated with the NIDCOM CEO accusing the Minister of being disrespectful to women while the minister called the NIDCOM boss a liar.

She wrote: “An Islamic scholar should not lie. Hon minister (Phd), you did that to me because I am a woman. Your disrespect for women is legendary. Left the ugly incident behind me since February. But please, release all our office equipment. Public office is transient.”

In response, Pantami wrote: “This is a fat lie from her. The owner of the building @NgComCommission has faulted her lies on their social media platforms.

“The Minister has never given that directive to any gunman. We need to be very objective in reporting. I have never sent any gunmen there, and I have no one.”

A perceived silent war and tussle between the Minister of Justice and Attorney-General of the Federation (AGF), Abubakar Malami, and suspended Acting Chairman of the Economic and Financial Crimes Commission (EFCC), Ibrahim Magu, became noticeable after the former’s allegations against Mgau.

In the past weeks, Magu has been appearing before Justice Ayo Salami-led presidential panel investigating corruption allegations against him. Magu was allegedly petitioned by Malami and the Department of State Service (DSS).

A case between Minister of Finance, Budget and National Planning, Hajiya Zainab Ahmed and Minister of Power, Saleh Mamman, over the Chief Executive Officer of the Nigerian Bulk Electricity Trading Company (NBET), Marilyn Amobi led to a war of words.

Zainab had reinstated Ms Marylin Amobi as Chief Executive Officer of the NBET and inaugurated the board of the agency recently moved to her ministry by President Buhari.

The reinstatement was seen as an affront against her counterpart, Mamman, who had on two separate occasions recommended Amobi’s sack.

BB Naija: Ka3na Speaks On Having Sex With Praise [ VIDEO]