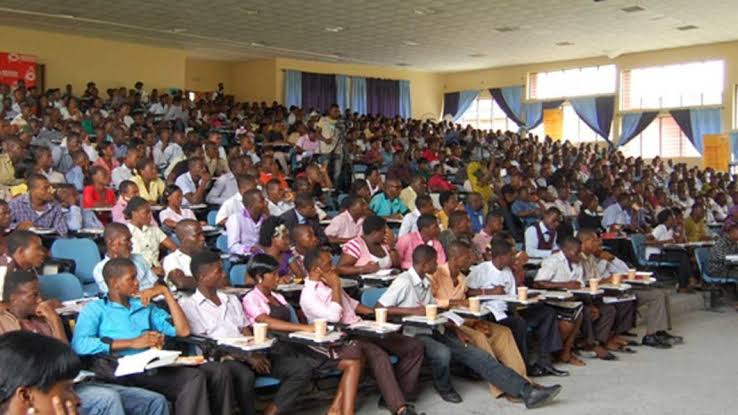 In the early hours of Tuesday, there was a broadcast on some social media that the Federal Government of Nigeria had postponed the resumption of schools which was slated for January 18 indefinitely.

NEWS DIRECT had earlier reported that the Federal Government on Monday evening said it would review the January 18 earlier date fixed for resumption of schools across Nigeria.

Meanwhile, several social media users and bloggers had, following a briefing of the Presidential Task Force (PTF) on COVID-19 on the same day, went ahead to post that the country’s schools would not be resuming until further notice due to the rising cases of COVID-19 in Africa’s most populous nation.

Some of the tweets – which had garnered hundreds of likes and retweets – quoted the Minister of Education, Mallam Adamu Adamu to have issued a statement putting the resumption of schools in Nigeria on hold as against the earlier plans for students to return to classrooms on January 18th, 2020.

A screengrab of a comment – from a television station – attributing the statement to the minister had equally gained traction on the cyberspace.

The hashtags #university, #ASUU and #FG were among the major trends late Monday on Twitter as students, mostly from universities across the country, decried the purported postponement of academic activities.

The Nigerian Government had on Monday said it was reviewing plans for the restart of academic activities in schools after it had earlier pegged the reopening date at 18th of January.

“It (January 18 date for reopening schools) is not sacrosanct. When we decided on that date it was just a target towards what we were working on,” the Education Minister had said during the PTF briefing held in Abuja.

“Of course, we are keeping it in view and looking at what is happening in society and then it is supposed to be subject to constant review.

“Even today (Monday) at the PTF meeting, we looked at the rising figures and thought about if we should probably take another look at it. On the January 18 resumption, we are reviewing it, we are going to review it. At the PTF meeting today (Monday) we considered it and tomorrow (today, Tuesday), the Ministry is going to take it up.”

Reports about the indefinite suspension of school resumption are FALSE. As of the time of this report, no decision has been taken by the Federal Government to indefinitely move the reopening of learning institutions in Nigeria due to the surge in COVID-19 cases.