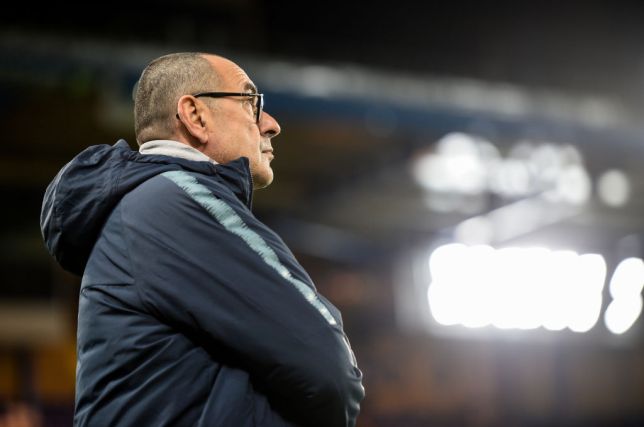 Chelsea manager, Maurizio Sarri, has insisted he would never resign, despite enduring open hostility from many fans throughout their controversial 2-1 comeback win over Cardiff City on Sunday.

Ruben Loftus-Cheek nodded in Chelsea’s winner in the first minute of injury time, after Cesar Azpilicueta had cancelled out Victor Camarasa’s second-half strike.

The travelling Blues supporters chanted “F— Sarriball”, “We want Sarri out” and “You don’t know what you’re doing” afterwards.

After the match, Sarri told reporters: “I can understand it very well. I have been on the pitch for the last 45 years, so I know the reaction of the fans. I was really disappointed for my players, because they were fighting. Probably it was better to wait until the end of the match.

“But, for me, it’s not a big problem. Of course I can understand. Unfortunately, in the last period, I am getting used to this. Unfortunately. I have to work just in order to change their opinion.

“[Here] we started very badly but, in the end, we won. Probably with a bit of luck, but, for sure, there was a bit of unluckiness at Everton.”

Asked if supporter opposition could ever make him consider resigning, Sarri replied: “No, no, I want to stay here. When I arrived here, this team, on the table, was 30 points behind Manchester City. They were fifth. So I want to stay here, I want to improve the results.

“But, of course, [I knew] it wasn’t a very easy [job]. Probably, at the moment, there is a difference between Manchester City, Liverpool and us. We can fight with the others, I think. We are trying to do it, but we have to work very well and, for a long time, if we want to arrive in the top two.”