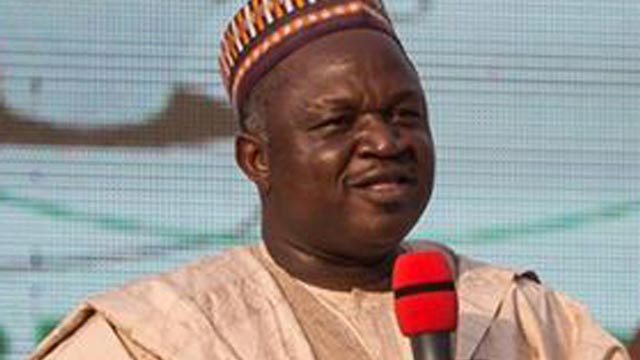 Jonathan Tsado Vatsa
…Warns Against Use Of Force Against Peaceful Protesters

Minna- A Chieftain of the ruling All Progressive Congress (APC) in Niger state, Mr. Jonathan Tsado Vatsa has cautioned President Muhammadu Buhari against the use of force to checkmate the #EndSARS# protesters, describing the uprising as a fallout of a failed system.

Reacting to the killings of some #EndSARS# protesters last Friday, Jonathan Vatsa warned that it would be counterproductive using force on peaceful protesters who has the constitutional rights to protest against perceived administrative injustices against the citizenry.

Vatsa in an interview recalled that, some protesters were mowed down by security operatives in; Edo, Taraba, Lagos and some other parts of the country while on peaceful protest, reminding President Buharis that such protests all over the world as fundamental right of the citizens against any perceived bad system.

“Nigerians, including the youths who have taken to the streets in protest are expressing their grievances against inhuman and unprofessional attitude of the Special Anti-Robbery Squad (SARS), who abandoned their core mandate and turned their guns against innocent Nigerians they are paid to protect”.

The former state APC Publicity Secretary also told President Buhari that, “Governance world over is about the people, but the administration have failed to meet the people’s interests and that is why they are peacefully demanding change of a bad system. You don’t have to kill them”.

Vatsa who is the Coordinator (Public Affairs) to Governor Abubakar Sani Bello of Niger state however challenged the President not to be deceived by ‘sycophant’ who would want him to send the soldiers after the #EndSARS protesters.

“Governance world over is about the people. They elected leaders to serve them and protect their interest in all three tiers of government, so therefore when the people are peacefully demanding a change of a bad system who have deviated from core mandate, you don’t kill them”.

He however observed that, “It will be a serious political error for anybody to use either the same police or the military against these protesters, that is what the enemies of this country want and we must not fall into their hands, if not I am afraid”.

The outspoken Governor’s Aide also hinted that the eruption of protests by different groups across the geo-political zones are clear signs that, “Something is fundamentally wrong with the entire system now, and the electorates who are part of Nigerian citizens are beginning to ask, why?

According to Vatsa, “In the entire Southern region are protest calling for, #EndSARS, in the far North the people there are demanding for an end to, insurgence and insecurity and here in the North-Central they are demanding for end to, armed banditry and poor electricity supply”.

He called for an urgent action saying, “This is the time for the government to begin to take stock and we can no longer continue to pretend that things are working. The system is failing by the seconds. We couldn’t provide the change that we promised Nigerians, that is the gospel truth”.

While however expressing fears of what could follow if nothing was done urgently, Vatsa said he is not surprised at the different messages by the different groups reeling out their challenges in the different regions.

Jonathan Vatsa attributed the nationwide uprising to total neglect and disconnect by leaders from the led or the citizenry saying, “Because we sowed the seed of protests in 2014 and 2015 to draw the attention of the world to a failing system, now we are reaping it, so the President must handle it with utmost care”.

“Today we cannot boost of any good federal road in most states, Niger state in particular, electricity supply is not guaranteed despite the states’ contributions, power generation is nothing to write home about, only six hours of electricity a day. This is quite unfortunate”.

Vatsa further argued that, it is evident that the deteriorating situation of everything in the country today is what is fueling nationwide protests, adding that, “Our situation in Niger today is better imagined. The federal government has abandoned our people to their fate after enjoying massive support from us”.