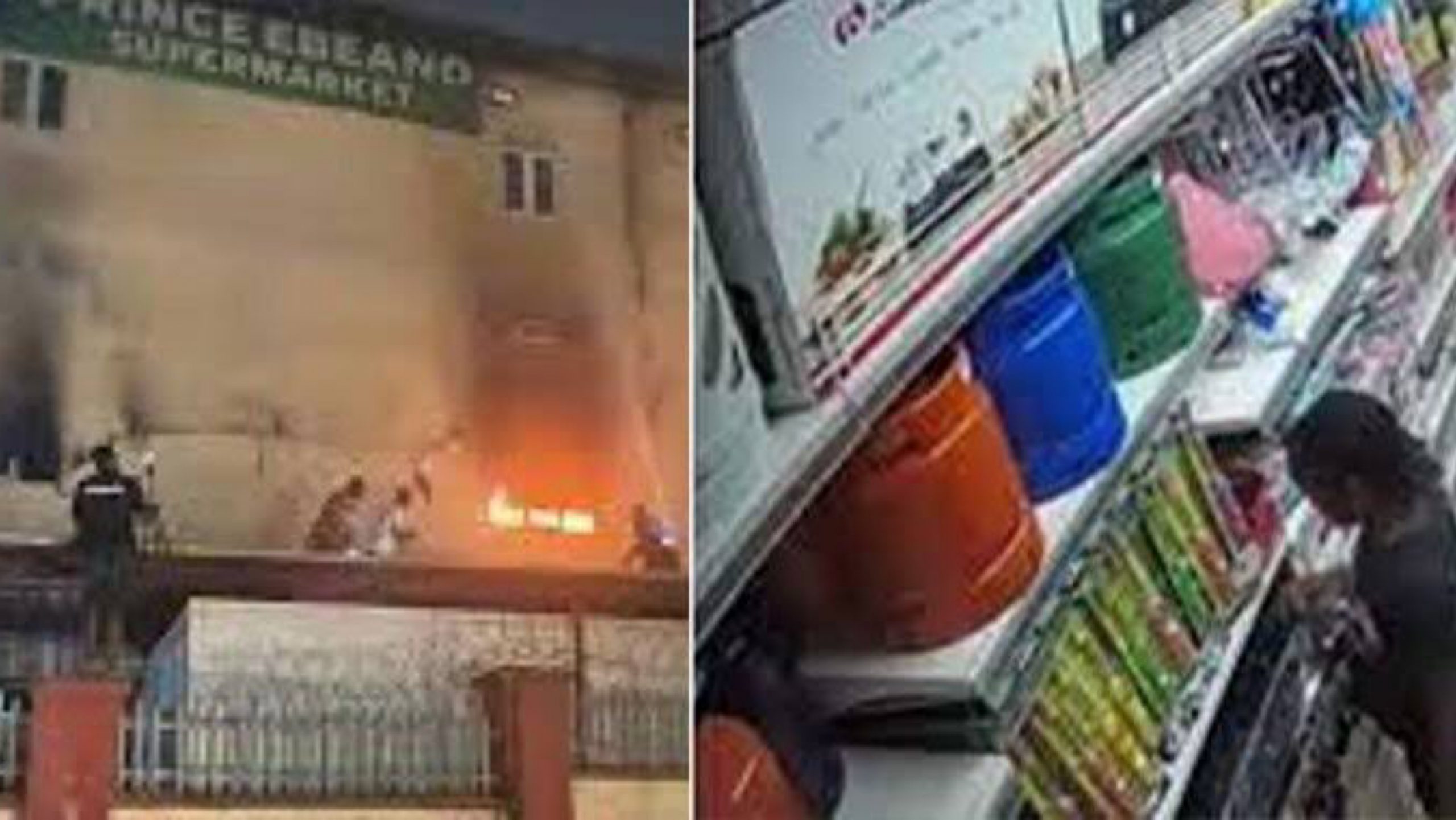 A closed-circuit television (CCTV) video has surfaced online in which a nine-year-old girl appears to be the one who started the fire that destroyed the Prince Ebeano supermarket in Abuja on July 17. 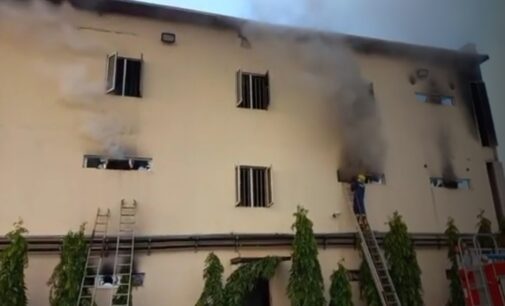 According to NEWS DIRECT, the “huge” fire raged from Saturday night until early Sunday morning, with firemen trying to keep it under control.

At around 7 p.m., the child waddled into the supermarket’s gas section, according to the tape, which has a date stamp of July 17.

She kept looking about, making sure no one was looking, before picking up a lighter and lighting it.

She returned to where she came from after waiting for the fire to catch on.

The glob of fire she had left behind burst, engulfing the supermarket in flames.

In another video, the young child confesses to her mother taking her to the grocery during interrogation.

Her mother, the girl explained, intended to buy drinks for her sister in another section of the store before leaving them to go to the gas station.

In an interview with NAN on Sunday, Ibrahim Muhammad, public relations officer (PRO) of the federal capital territory fire service, said it was still unclear whether there were any injuries.

The cause of the fire, he claims, has yet to be determined.

“We won’t know whether any lives were lost until the fire has been extinguished,” Muhammad said.