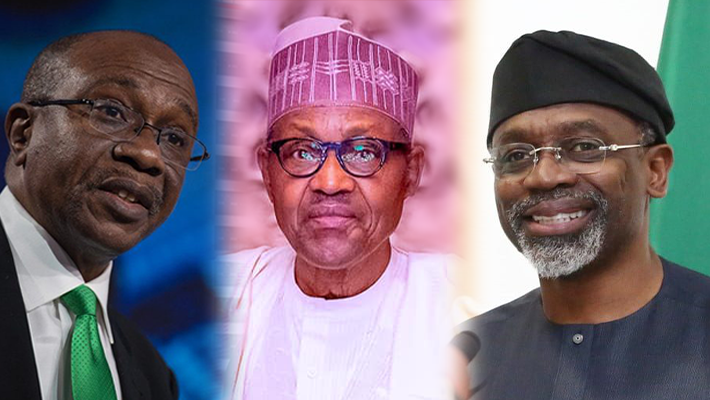 The governor of the Central Bank of Nigeria, Godwin Emefiele, has been summoned by the House of Representatives to submit details on the plunder seized.

The Sultan of Sokoto, Sa’ad Abubakar III, recently urged President Muhammadu Buhari to explain what he done with collected wealth to Nigerians, and urged anti-corruption authorities to be honest.

The summons were issued on Thursday by the parliament’s ad hoc committee reviewing the assessment and status of confiscated treasure.

The committee chairman, Adeogun Adejoro, who issued the summons in Abuja, said the committee needed to know the number of seized money and where it is housed, just as finance minister Zainab Ahmed told legislators she didn’t know how many accounts were used to keep the seized cash.

She did say, however, that the ministry had a record of what had been recovered and how much had been deposited into the account.

She added that recovered money was used to support the 2020 budget to the tune of N50 billion, and that there were two types of recovery accounts: interim forfeiture and final forfeiture accounts.

She explained that the government borrowed from recovered loot to fund its operations, adding that the unusual circumstances the country found itself had made it difficult to pay back the loan.

Ms Ahmed, however, said the government was hoping to pay back in the 2022 budget.

Ahmed Idris, the Accountant General for the Federation, said the government linked all accounts of all agencies responsible for recovered loots to the Treasury Single Account (TSA).

He stated that no government agencies could claim to own the recovered loot because it belonged to the federation account because they recovered them.

He further said the government used some of the recovered loot for budget implementation.

May 29: Nigeria Steering Towards A Failed State, Reps Warn