The campaign poster with tag “The Two Eggheads For 2023” is flanked by the logo of the All Progressives Congress, APC. 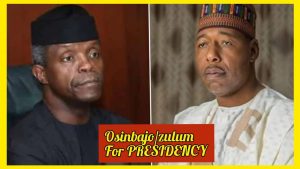 However, individuals or groups behind the poster was not identified.

There had been speculations from some quarters that the Vice President might take over from President Muhammadu Buhari in 2023.

Recall that Lagos-based lawyer, Olusegun Bamgbose, recently called on the National Leader of the APC to watch his back as the Vice President might betray him due to his presidential interest. 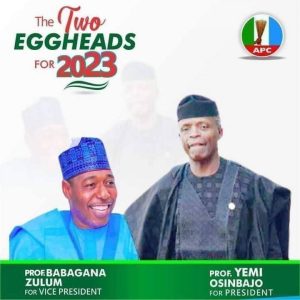 There have been call from some quarters for power to go to the South during the 2023 presidential election.

Meanwhile, both Osinbajo and Zulum are yet to reacted to the poster as at the time of filing this report.