There is ongoing pandemonium in Ikoyi, Lagos over the collapse of a 21-storey building which has claimed 3 lives already with many injured and trapped as rescue mission is ongoing.

shocking revelations has emerged as to why the building collapsed as the owner of the ill-fated building, Femi Osibona (aka Four Score), was in the building when it caved and its been revealed that the structural engineering consultant to the organisation in charge of the project left it in protest in February 2020, after complaining about Four Score’s refusal to follow due process and erecting a lasting structure.

Here is the letter sent in that regard 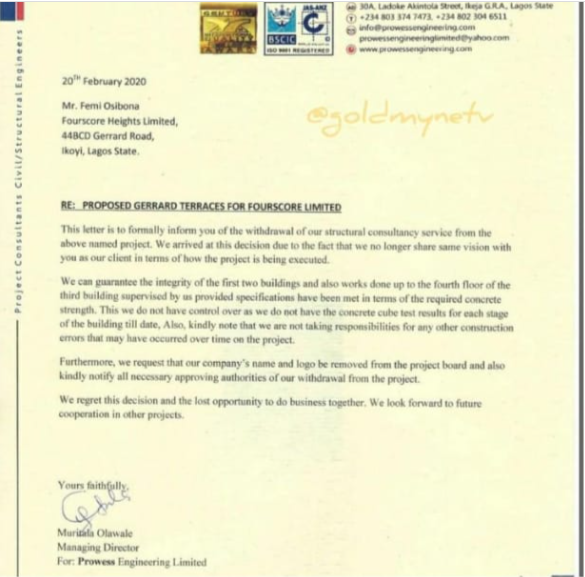 Femi Osibona’s police escorts, aides and other workers were also with him at the time.

The building collapsed this afternoon. Emergency officials are trying to rescue those trapped under the rubble.