The meeting is believed to wish Mr. Tinubu a quick recovery.

Mr. Tinubu, a former governor of Lagos State, has been in London since July amidst rumors that he is ill.

Several other politicians including the ex-Ogun state governor, Ibikunle Amosun, Members of the Lagos state house of Assembly, Lagos state governors, Babajide Sawnwo-Olu have all paid visits to Mr. Tinubu in London.

In a surprise move, President Muhammadu Buhari also visited the former governor, just before he departed London for Lagos 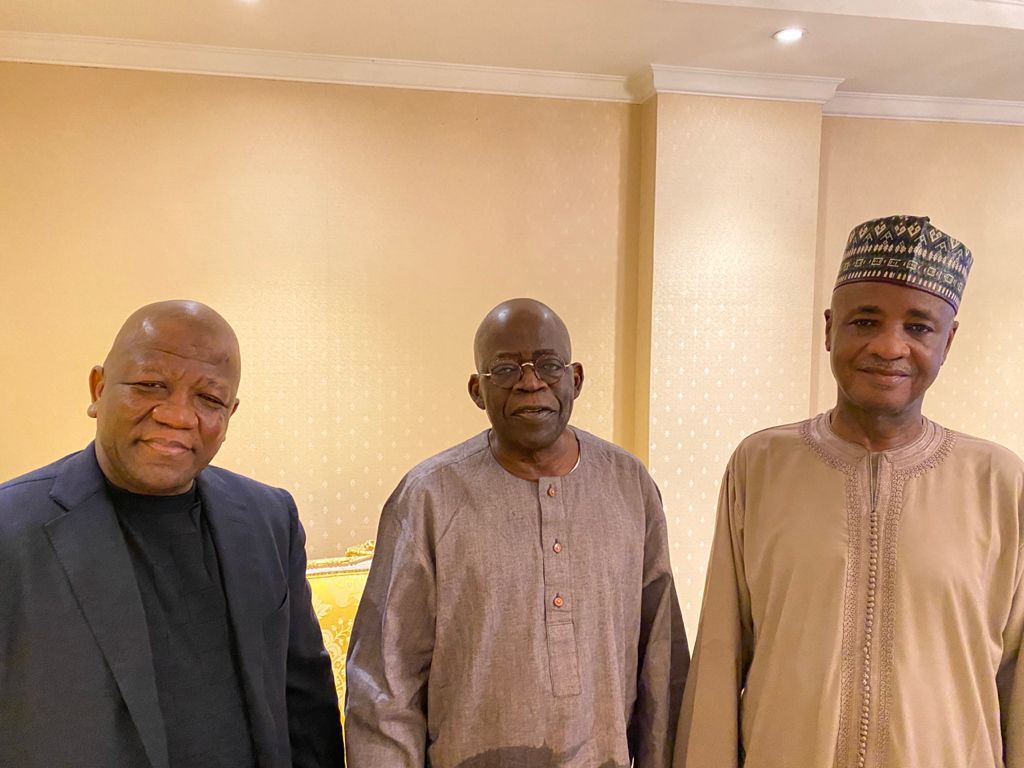 Leaked audio: Why Sunday Igboho was angry with me -Lawyer

I Can’t Keep Quiet When Over 1.5 Million Citizens Are Displaced In Benue – Gov Ortom