The closed door meeting of the South East aspirants of the All Progressives Congress to decide on a consensus candidate for the region ended abruptly on Friday following report that only 13 presidential hopefuls met the standard of the screening committee.

Chairman of the screening committee, John Odigie-Oyegun, had submitted the much-awaited report of the exercise to the APC National Chairman, Abdullahi Adamu, at the party secretariat.

He, however, failed to reveal the names of the disqualified 10 aspirants, who didn’t make the list.

This is even as he encouraged the leadership of the party to further trim the list drastically.

The shocking report disrupted the meeting of the Igbo aspirants, which just like their South West counterpart, have been meeting to influence the APC into zoning the ticket to their region.

Although their last meeting took place at the at the Maitama home of Okorocha days before he was raided by operatives of the Economic and Financial Crimes Commission, the venue of the current roundtable was not disclosed.

A source had earlier told The PUNCH that just as the South-West leaders, the Igbo aspirants have resolved to consider throwing their weight behind one of their own ahead of the APC convention.

He also disclosed that all the presidential hopefuls in the South East were equally meeting almost on daily basis.

Ohaneye, who also confirmed the report in a phone chat, disclosed that they could no longer carry on with the consensus talk after they read the screening report in the news.

“No, we could not continue the meeting because of the breaking news. We heard about the new list talking about some disqualified aspirants. Whatever we have to do, we first need to find out who and who have been disqualified,” she said.

Meanwhile, report says that the president will meet with all the 23 aspirants on Saturday at the State House for a meeting with the president.

Asked if she is aware of the meeting, the only lady left in the race for APC sole ticket said that an invitation has not been extended to them.

She also debunked the report making the round that the screening results must have been communicated to all the aspirants. 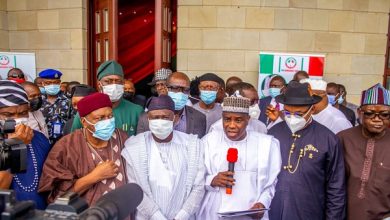