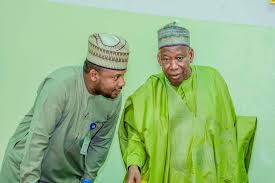 In a statement on Saturday, Muhammad Garba, state commissioner for information, said the dismissal is because of Yakasai’s “continued unguarded comments”.

Recall that the Department of State Services had arrested Salihu Tanko Yakasai, hours after he criticized the President, Major General Muhammadu Buhari (retd.).

Yakasai had in a series of tweets on Friday in reaction to Friday abduction of about 317 female students of Government Girls Secondary School in Jangebe, Zamfara State, said the kidnappings had become too frequent.

The governor’s aide had also said if it was under another President’s watch that the abductions had happened, there would have been more outrage in the North.