A massive explosion has rocked a gas station close to the Redeemed Christian Church of God (RCCG)  camp, along Lagos-Ibadan expressway. 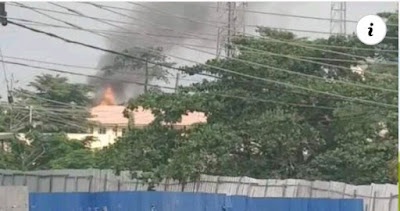 Confirming the incident, a resident in camp disclosed that three out of five tanks exploded.

THERE WAS NO EXPLOSION AT RCCG CAMP.
This is the gas plant close to the camp that caught fire…. pic.twitter.com/CcEw8gcYGY