President Muhammadu Buhari has denied having anything to do with the dethronement of Kano Emir Muhammadu Sanusi II.

Senior Special Assistant to the President on Media and Publicity Mallam Garba Shehu stated this on Wednesday on his twitter handle.

Former Kano Governor Rabiu Kwankwaso had accused Buhari of ordering the dethronement and banishment of Sanusi to Awe town in Nasarawa state on Monday.

Remember that earlier today, Mr Kwankwaso who appointed Mr Sanusi ll as the 14th Emir of Kano in 2014 told BBC Hausa on Wednesday that “Kano state government officials have been saying they were directed to dethrone Mr Sanusi ll. He (Buhari) instructed them.”He alleged that contrary to claims that Mr Buhari had intervened in the Kano emirate crisis, “we believe here in Kano that he (Buhari) interferes where he wishes.”

The former governor also said President Buhari “doesn’t interfere where his intervention is needed, but interferes on issues he is supposed to be neutral about.”

Mr Kwankwaso described the removal of Sanusi as a sad incident to Kano, Nigeria and the entire world, adding that “the emir (Sanusi) is a global citizen.”

According to him no responsible government would dethrone Mr Sanusi.

The former governor also dismissed allegations that he queried Mr Sanusi twice during his tenure. 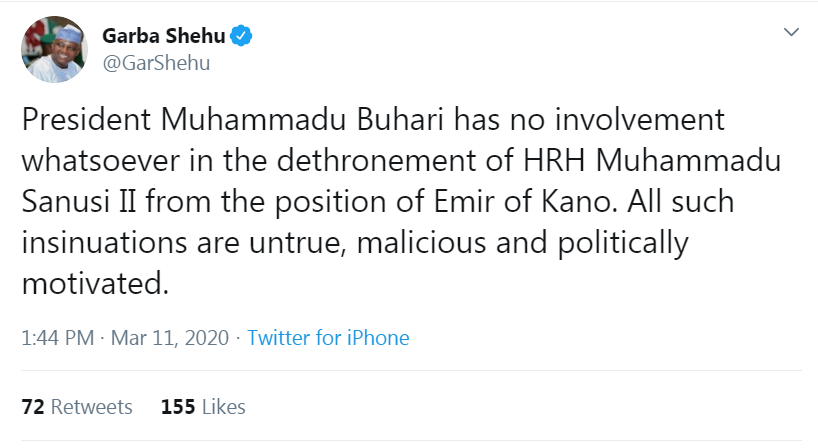 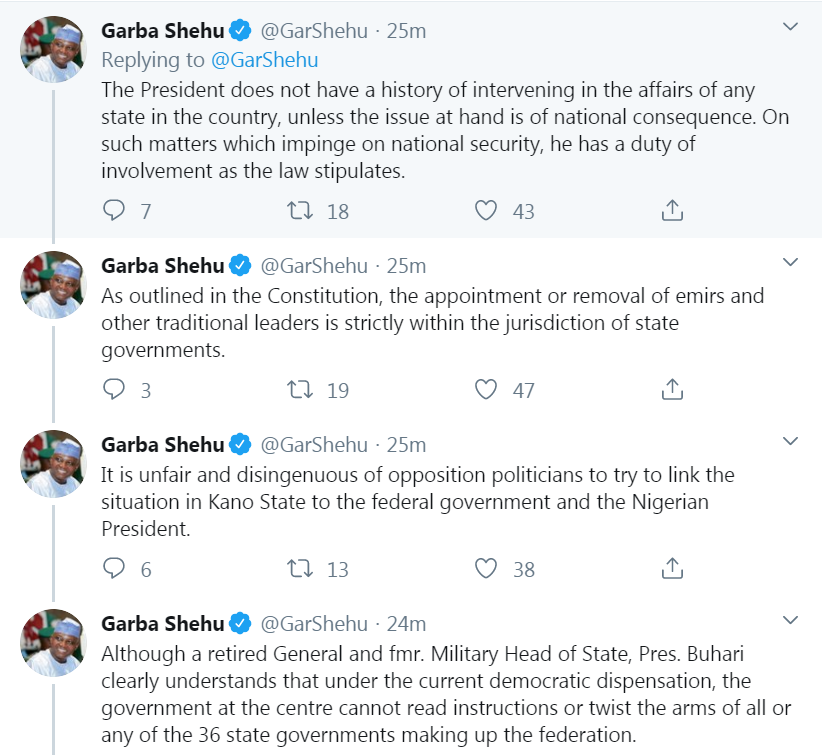 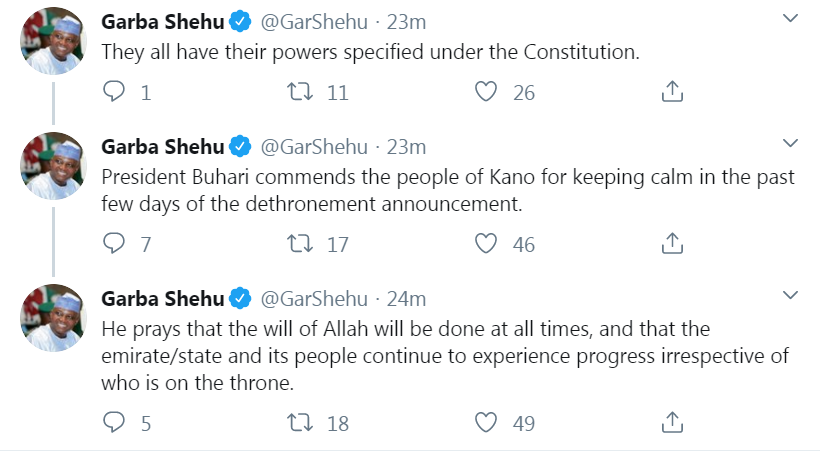