The Supreme Court is now set to deliver judgment in a suit by former Rivers State Governor, Chibuike Rotimi Amaechi seeking to stop his probe in alleged N96B fraud and fraudulent sales of valued assets belonging to Rivers State. 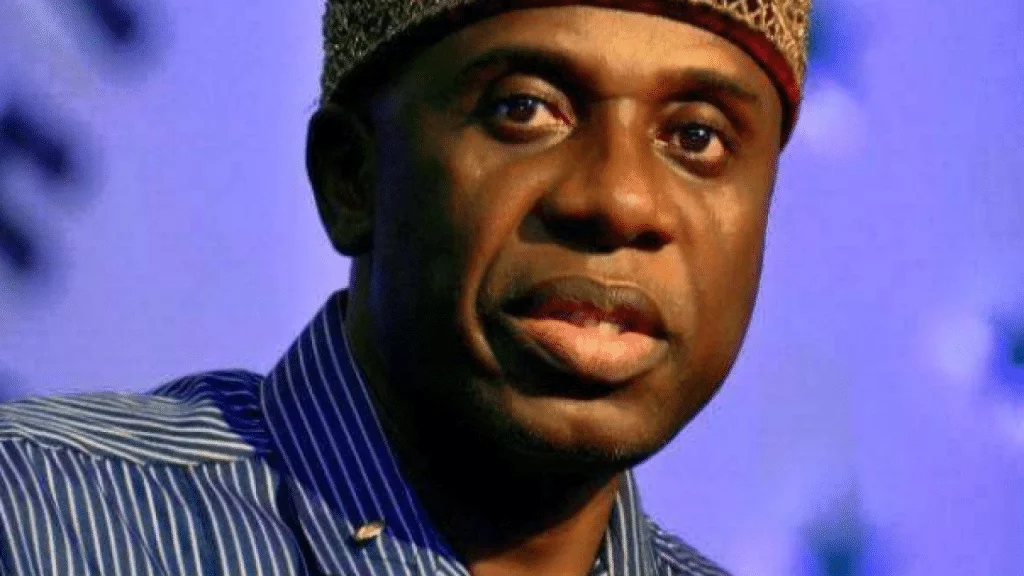 A hearing notice just sighted by newsmen at the Apex Court indicated that the make or mar judgment would be handed down this morning.

Amaechi, presently one of the leading presidential aspirants on the platform of the ruling All Progressives Congress, APC, is battling hard to stop his successor, Nyesom Wike from causing him to appear before a probe panel to investigate his eight years tenure of office.

The notice was observed to have been served on Prince Lateef Olasunkanmi Fagbemi, SAN, who is leading a team of lawyers for Amaechi, while that of Rivers State was delivered to Emmanuel Ukala, SAN, for Wike.

Specifically, Amaechi, who is the immediate past Minister of Transportation, wants the apex court to prohibit Governor Wike from proceeding with the 7-man Commission of Inquiry already put in place.

Justice Olukayode Ariwoola, who led a 7-man panel of Justices of the Court had fixed today for the judgment after taking arguments for and against the suit.

Amaechi predicated his opposition to the probe on the ground that it was aimed at witch-hunting him, to embarrass him, humiliate him and to disgrace him, in view of his plotilical differences with his successor.

Wike, who constituted the 7-man probe panel to probe Amaechi, however, is asking the Supreme Court to dismiss Amaechi’s suit.

The Governor insisted that the the Commission of Inquiry headed by Justice George Omekeji was to look into how N96B was allegedly withdrawn from the treasury of the state government and how it was expended.

Wike also said that the Commission of Inquiry was to look into the lawful or otherwise sales of valuable assets of the State.

Amaechi’s suit at the High Court of Rivers State and Court of Appeal had earlier been dismissed, prompting his coming to Supreme Court for remedy.

At the time of this report, political associates, friends and sympathizers of the presidential aspirant have stormed the Supreme Court to know where the pendulum will swing to.