Tufab, Wizkid’s right-hand man, posted a snapshot of the Grammy Plaque that had just been handed on his Facebook page. Wizkid has got his Grammy award, which he won after being included on the hit song “Brown Skin Girl” by American musicians, he claimed.

Wizkid and Burna Boy, two of Nigeria’s most popular musicians, were acknowledged for their hard work at the Grammy Awards earlier this year. Wizkid’s reward plaque is said to have arrived today, while Burna Boy’s arrived a few days ago.

Remember how Wizkid was mocked by Seun Kuti, the son of legendary artist Fela Kuti, who claimed that he wasn’t a Grammy winner because he was just featured on Beyonce’s song “Brown Skin Girl”?

Tufab, one of Wizkid’s right-hand men, used his page to throw shade and posted a photo of Wizkid’s plaque. 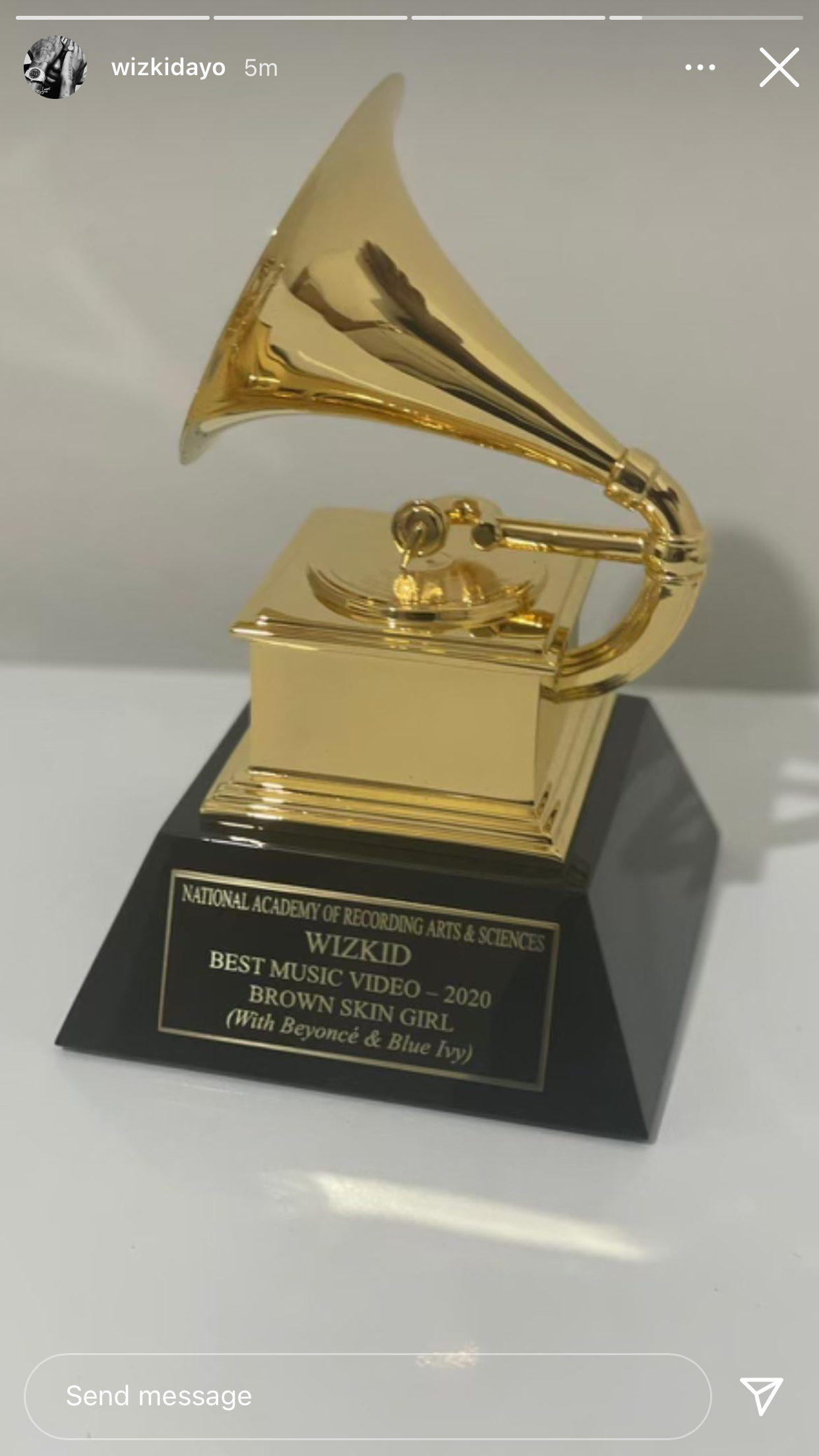