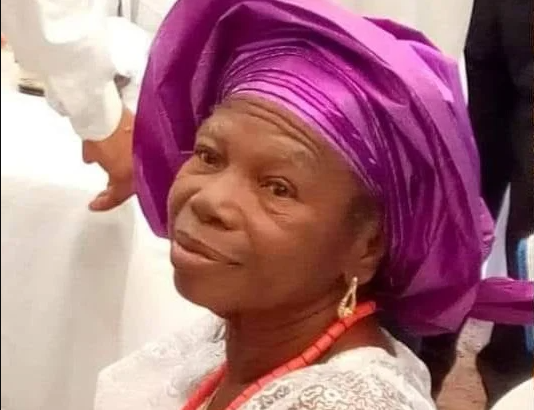 Adejumo Bolanle, the Nigerian actress and wife of Baba Sala, the late veteran comedian, has passed away at 78. 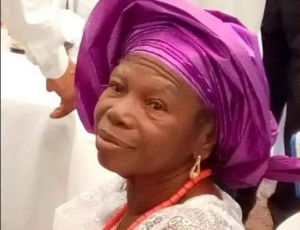 Adejumo Emmanuel, the deceased’s son, broke the news in a post via his Facebook page on Tuesday night.

Emmanuel, however, did not reveal the circumstances that led to the demise of his mother.

In the post, he recalled how the actress started comedy with his late father and played a significant role in Alawada comedy group for 15 years.

“And finally, Sala takes a bow, I celebrated her 78th birthday in July, she did not tell me she will be going to eternity soonest,” he wrote.

“My mum started with my dad in the comedy company, Alawada Comedy Group and she was the one to first played the role of Sala on stage, the role she played for almost 15 years before another junior wife took over. I love her so much because she is abiyamo tooto.

“My mother left me… I cant just forget you mum. I did not expect this at this time mum but there is nothing we can do as God knows the best. Love you so much mum. Just rest in peace.”

The development comes about three years after Baba Sala, whose real name is Moses Olaiya Adejumo, breathed his last.

It also stretches the list of prominent persons who have died in the country’s movie industry this year.