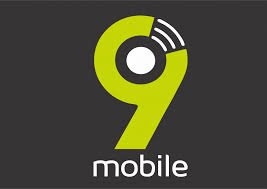 Nigeria’s innovative telecoms company, 9mobile is well and truly on the rebound as latest figures by the Nigerian Communications Commission (NCC) show that the operator is regaining its market share.

Previously holding 6.1 per cent in March and 6.5 per cent in February, 9mobile now has 6.6 per cent, to confirm that the repositioning of the brand by the company’s Board and Management has started yielding positive results.

This is coming as the telco maintained its lead in incoming subscribers’ porting for the fifth straight month, beginning December 2019 when it received 8,613 subscribers from the other operators.

9mobile received 5,516 customers from other operators in January 2020, 5,371 in February, 8,225 in March and 3,829 in April to underscore its determination to reclaim its pride of place, especially in the youth market and mobile money space amongst other critical territories in the telecoms consumer market.

9mobile’s impressive repositioning efforts got a boost from the Africa Finance Corporation (AFC) which approved a $230 million (two hundred and thirty million US Dollars) loan facility to help it attain its long-term growth plans in 2019.

It embarked on the expansion of its 4G LTE deployment to more Nigerian cities earlier in February as part of efforts to continue offering superior quality services to its customers. Some of the benefits of the expanded 4G LTE include a low latency rate for high-speed connectivity and planned redundancy to minimize downtime impact.

The telecoms company also just appointed a substantive CEO, the vastly experienced telecoms expert, Alan Sinfield, who has worked and distinguished himself in emerging markets in the Middle East, Asia, Africa and Europe.

Sinfield has promised to use his experience and unique value propositions to lead the company in the next exciting phase of its journey. He said he would build on the existing strong foundation to create value that will transform the Nigerian telecoms sector.