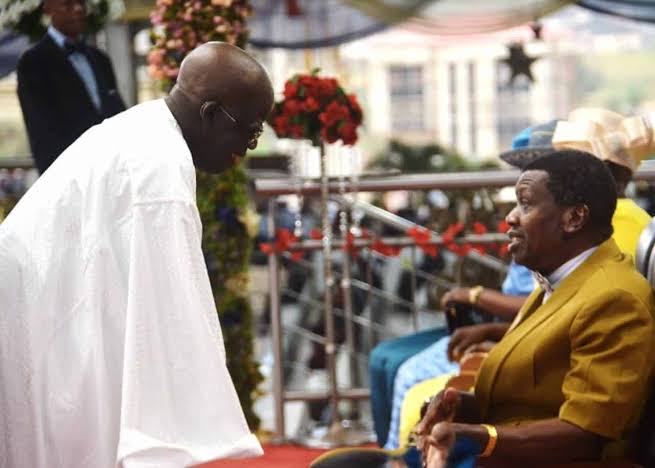 Tinubu’s meeting with Adeboye was said to have been centred around his decision to settle for a Muslim-Muslim ticket.

ThisDay reports that Tinubu’s meeting with Adeboye was held on Sunday at the Redemption camp.

In the meeting was Tinubu’s wife, Senator Oluremi, who is a deputy pastor with RCCG, alongside others.

“He met Adeboye on Sunday. The meeting was very fruitful. Adeboye is not against Muslim-Muslim ticket,” a source told ThisDay.

However, efforts by DAILY POST to confirm the meeting from Tinubu’s Media Aide, Tunde Rahman, failed as he did not respond to a text message sent to him.

Meanwhile, Tinubu had settled for a Northern Muslim against the clamour of several Nigerians.

While some political stakeholders were agitating for a Christian, the APC presidential candidate settled for Borno Senator, Kashim Shettima.