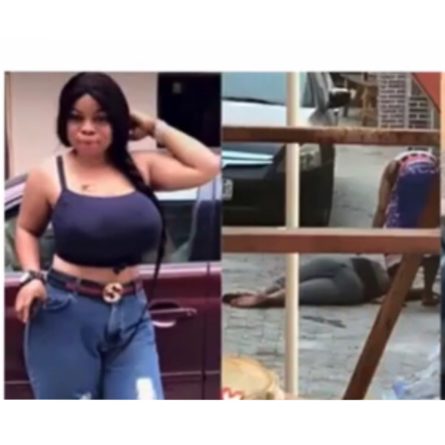 Tragedy struck on Tuesday at a house located at Seaside Estate, Ajah as a stray bullet from a soldier killed the sister of a lady who called him in to help her beat up a neighbor.

Trouble allegedly started when Kamsi and her sister were trying to pack out of the house without clearing their pending bills and a neighbor stopped  them, insisting that the bills must be paid.

This prompted Kamsi to use her influence to call in an army officer to help her deal with the said neighbor.

However, when the officer arrived, there was a struggle between him and boy, during which two bullets were mistakenly fired. A bullet hit Kamsi’s elder sister, killing her instantly.

The police were later called in but the officer had fled the scene before their arrival. Kamsi and the said neighbor were however taken away to the police station.

‘I’m back to fight against injustice in Nigeria’