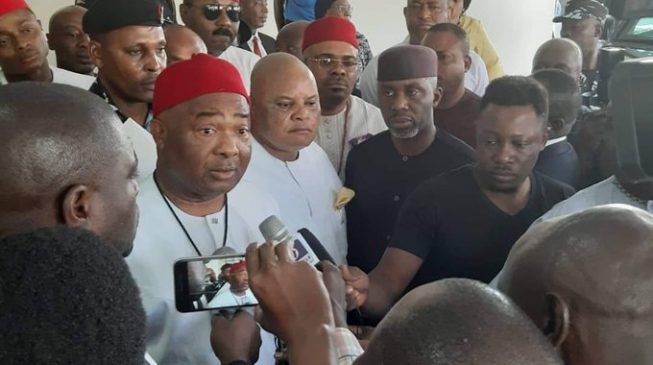 The Independent National Electoral Commission (INEC) has issued the certificate of return to Osita Uzodinma as governor of Imo state.

Uzodinma has taken over from Emeka Ihedioha who was sworn in May, 2019.

Ihedioha had been declared winner in the governorship election, having scored the highest number of votes but Uzodinma challenged his victory at the tribunal and appeal court but lost.

However, the supreme court nullified Ihedioha’s election after ruling that votes from 388 polling units belonging to Uzodinma were unduly subtracted from his total votes tally.